Reports in the Italian Press this morning claim that Massimiliano Allegri has agreed a two-year deal with Juventus.

Antonio Conte shocked the football world last night when he revealed he was stepping down as Coach after three title-winning years.

Rumours suggest that the 44-year-old fell out with the Juve hierarchy over transfer strategy, with the club willing to sell Arturo Vidal or Paul Pogba.

And several sources, including Mediaset and Gazzetta dello Sport believe that the former Milan boss has already spoken with the Bianconeri, and agreed a two-year contract.

Allegri was sacked by the Rossoneri mid-way through last season after a miserable start to the campaign.

But it seems that the Old Lady see the 46-year-old as the man to guide them to a fourth successive Scudetto and European glory.

Why People Are Against Allegri:
-Downgrade managerial skills (think Sir Alex to Moyes...cry for a bit)
-His treatment of Pirlo 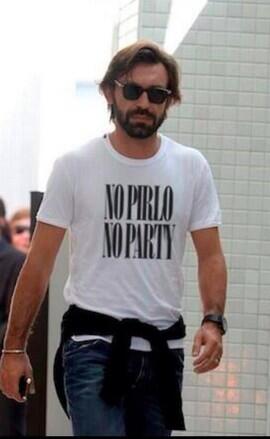 out of the world cup, comes home to allegri-poor pirlo

The Peasant King is being joined by his little brother!

So, after a turbulent group stage, Die Mannschaft proceeded to, what is, the real part of the tournament. And knockouts are the WORST. All that extra time, those PKs (THOSE PKs!), knockouts can ruin people's minds.

Luring you with a King gif.

Sorry, this one is late. I've been down with gastroenteritis so I've been too tired to make a post (it didn't stop me from watching the parade though :P). Also, sorry it's so long. It's the freakin' knockouts! Part 2 should come hopefully by tomorrow.

What are your favorite moments, ONTD-Football? Comment and as always, pic spam below!
Collapse