and USA had the best defense (what)

It's been a glorious month in which the whole world (yes, even the U.S. ;) ) has been suffering from football fever. Pundits call it the best World Cup ever and they are not wrong. And ONTD-Football has been swept up by it so much that we've (or at least I have) been thinking about it even in our dreams.

This has been a World Cup full of drama, goals (oh, the goals), failures, breakouts, heart attack inducing moments, broken records, NSFW massage videos and it has finally ended joyously with Die Mannschaft coming out on top, thanks to our all-supreme Peasant King, Mario Gotze.

After a month of little sleep and A LOT of alcohol and junk food, it is done. So without further ado, here is a recap of Die Mannschaft's historic run at the 2014 World Cup.

Part 2 aka Knockouts will be out soon. I know it's a little insane that I'm doing this only for Die Mannschaft but I don't care! :P 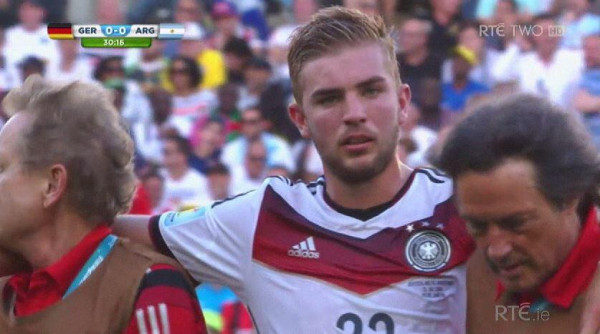 It should have been a dream come true. But Christoph Kramer's World Cup final lasted only half an hour - and he doesn't even remember it.

The 23-year-old Bayer Leverkusen midfielder was drafted in as a last minute replacement for Sami Khedira after the Real Madrid man suffered a calf injury in the warm-up.

Kramer only made his international debut in May and had played just 12 minutes in Brazil before the final.

But Joachim Low trusted him enough to start the youngster, who had impressed last season on loan at Borussia Monchengladbach, in the biggest game there is.

Kramer might have been expected to show some nerves during the game but he played well, completing 75 per cent of his passes.

However, he was then involved in a collision with the Argentina defender and didn't recover.

"I can’t really remember much of the game," he told German newspaper Die Welt after seeing his team-mates beat Argentina 1-0.

[Vine of the collision]

My name's Faith, and I used to be a frequent contributor to this comm before Tumblr got it's grubby claws in me after WC2010. I was all about Die Mannschaft, and that still holds true with what I bring you tonight. ;)

I had made a Mannschaft mix after EURO 2008, and according to my "research" (i.e updating the mixes' page on my journal for resurrection reposting after yesterday's victory), it never made it over here when I was picspamming and commenting and generally drooling over Michael Ballack, Torsten Frings, Schweini, Poldi, and all those beautiful boys back in the day.

I MUST RIGHT THIS WRONG. 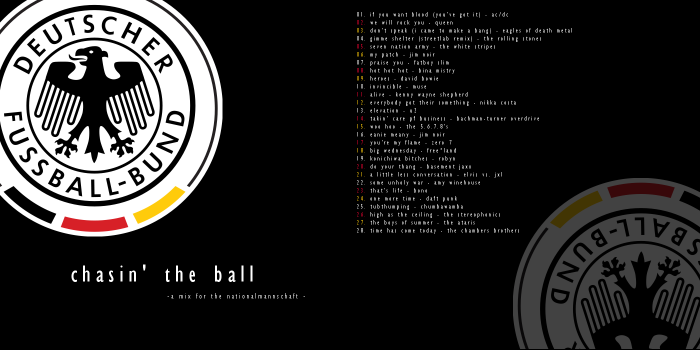 There's also a Micha/Torsti mix if anyone is interested in a mix for players who are both retired and have no influence on our current German bbs.

Thanks for letting me be a Mannschaft/ONTD_F hipster. If you remember me, drop a line and say hi! I was "crediniaeth" before I did a cut-off name change and lost everything... including all the posts I made here. :( I complain all the time that I miss this comm (and continue to use nicknames garnered from here that no one recognizes), so I should probably do something about that, eh? ;)

…because not everyone is Jerome, Basti and Neuer. this man has never done anything villainous in his life