The DFB cameraman is thinking of you...

blackjedii already posted this at

Here is the link


What was your Mustafi's favourite part? Let me know in the comments!
.

The most interesting thing in the comments yesterday were these cute german boys, so I thought they deserve a picspam.
I believe no introduction is needed, so SPAM AWAY!

Today Yesterday was the second and last day of the quarter finals and it brought us Argentina - Belgium and Netherlands - Costa Rica. To both celebrate the teams winning and say goodbye to the ones that didn't, I bring you pictures! 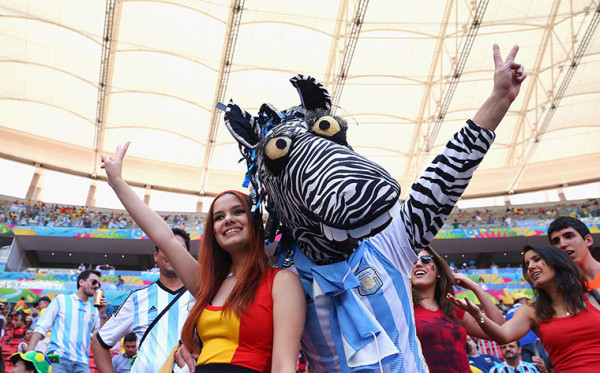 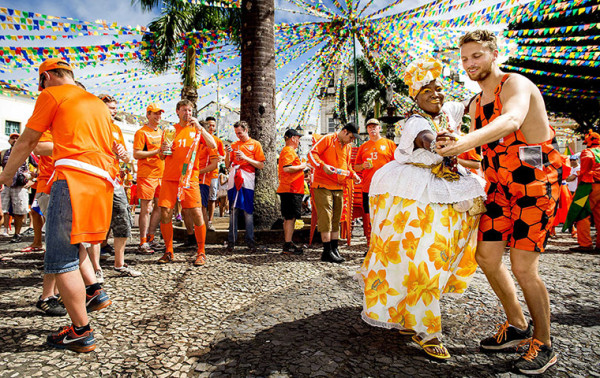 
There's no such thing as too many pic spams!

RIO DE JANEIRO – Germany will have to contend with black magic as well Brazil’s Selecao in Tuesday’s World Cup semi-final as a voodoo priest plans to curse die Mannschaft.
Brazil will be without injured superstar Neymar in Belo Horizonte, but black magic enthusiast Helio Sillman from Rio de Janeiro says his curse will hinder Joachim Loew’s team in the semi-final.
“I’ll take their top player and bind his legs so he can’t run on the pitch,” said Sillman, referring to the voodoo doll of an undisclosed German player that will be cursed in a ceremony before the game.
In his shop “World of Orixas” in the northern neighborhood of Madureira, Sillman carries out a ritual before each Selecao game.
Using a small football pitch-shaped box as his alter, he puts inside lit candles in the colours of the opposing team and the voodoo doll of their most important player.
Sillman’s curse on James Rodriguez did not stop the Colombian star from scoring in his team’s 2-1 defeat to Brazil in Friday’s quarter-finals.
And he was powerless to prevent Selecao star Neymar from suffering a fractured vertebrae against the Colombians that has ruled him out of the World Cup.
But Sillman points to Brazil’s results against Cameroon, Chile, Croatia and Mexico as testimony to the influence of his magic.
Voodoo dolls representing a player from each of the Selecao’s opponents sit in a bowl.
“Those are the four teams that Brazil have overcome,” he said.
Germany’s Thomas Mueller, Manuel Neuer and Mats Hummels have been warned.