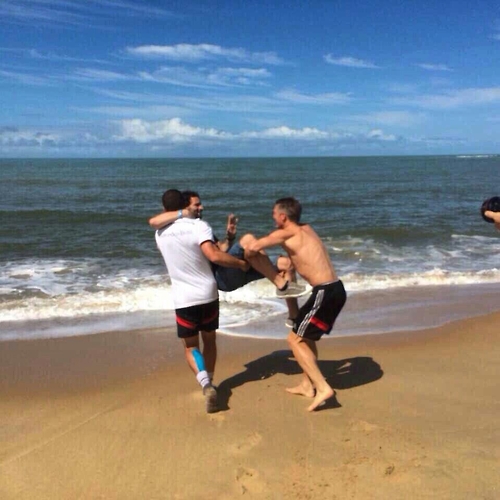 The 69-year-old man was in a bar not far from the match itself at the Mineirao Stadium in Belo Horizonte when he fell ill and was taken to hospital.

According to a spokesperson for the state health department, the man was taken to hospital but died two hours later. Officials said he had suffered from high blood pressure and diabetes, the Estado de Minas newspaper reported.

Health officials said that in total they had to treat 98 people during the match, including a 50-year-old woman who also had a heart problem while watching the shootout and a man whose nose was broken in a fight.

Brazil went on to win the game 3-2 on penalties, with the score 1-1 after extra time, and progress to face Colombia in the quarter-finals.

Yet despite the high standard of football on show and the furore around Luis Suarez’s on-field antics, the tournament has seemingly been just as eventful away from the pitch.

In Bogota, Colombia, last night a woman was reportedly killed by a stray bullet fired in celebration for the country’s win against Uruguay.

The mayor of Bogota was forced to issue a statement calling on people to be more careful when celebrating, after a number spilled out into the streets and fired guns into the air.

And it has also emerged that an England fan had a part of his ear “bitten off” during his team’s own match against Uruguay in the group stages.

The fan has made a formal complaint but the attacker, who is thought to be another England fan, has not been identified.

not trying to die so a penalty shot can live, they're the worst. 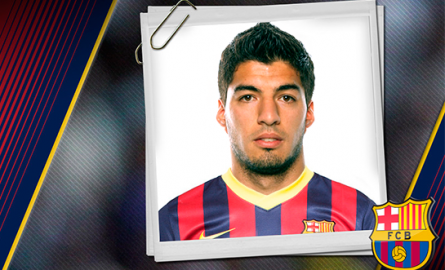 Luis Suarez has finally issued an apology for biting Giorgio Chiellini six days after the event, in what is regarded a move to clear the way for his transfer to Barcelona.

The Liverpool striker’s public statement was at odds with the official line of the Uruguay football association (AUF) and its president Wilmar Valdez who, along with the manager Oscar Tabarez, has stopped well short of making an apology.

Suarez tweeted the statement this evening, amid a stand-off between the AUF and Fifa that has become increasingly tense. Suarez, banned for nine competitive international games, and from all football for the next four months, is likely still to appeal elements of the ban.

I'm sorry Barcelona fans, but I hope he goes

Per The Seattle Times, the forward suffered swelling in his right thigh, and manager Luiz Felipe Scolari isn't certain his star player will be back in time for the next match: "Brazil forward Neymar has a swollen right thigh after Saturday's penalty shootout win against Chile at the World Cup and may need several days to recover.

Brazilian forward Neymar reportedly picked up a thigh injury during his team's 2014 World Cup round-of-16 win over Chile on Saturday, and he may need several days of rest to recover in time for Brazil's pivotal quarter-final clash with Colombia. Brazil coach Luiz Felipe Scolari says he expects Neymar's injury to be a problem for up to four days and that "we will try to do our best to put him on the pitch." Neymar has been Brazil's standout performer so far during the World Cup, leading the team with four goals. Fellow forwards Hulk and Fred have failed to find the target with consistency so far, so losing Neymar would be a significant blow to Brazil's title chances.

The challengers are in excellent form heading into the quarter-finals, so Brazil will need Neymar to be at his very best to continue their run in the tournament. Colombia have had no concerns in front of goal, with James Rodriguez leading all World Cup players in the hunt for the Golden Boot. The Selecao have struggled for creativity at times during the tournament, and they have grown very dependent on flashes of brilliance from their star striker. If he were to be the man to replace Neymar on Friday, it would truly present a tremendous drop-off in quality in the striker position.

if this is true, the universe wants a holland-germany final and it cares nothing about host countries.