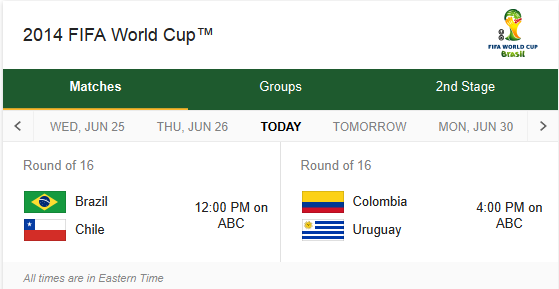 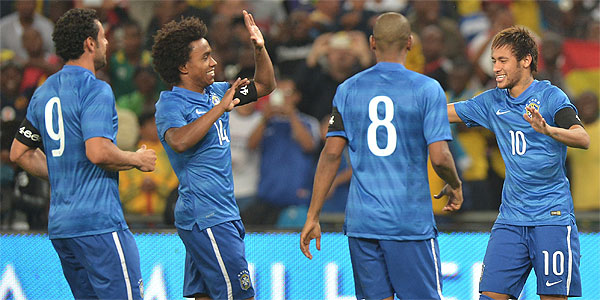 After the group stages of the World Cup finished on Thursday, the last-16 ties kick off on Saturday.

In the early game, hosts Brazil play Chile, who made it out of Group B at the expense of holders Spain.

And in the late game, Colombia, inspired by the form of Monaco forward James Rodriguez, will play a Uruguay team that will be without Luis Suarez after he was handed a ban for biting Italy defender Giorgio Chiellini.

Here's a list of six players who can shape what happens on Day 17 of the World Cup.