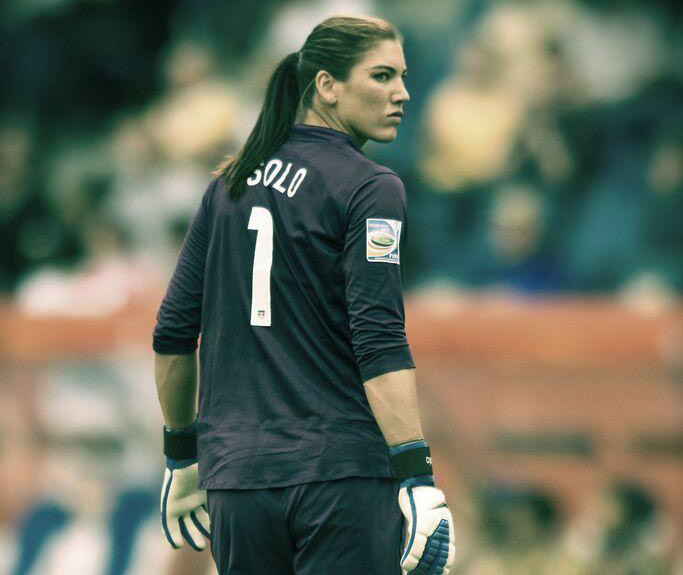 Of all the things to make women's football relevant (it trended worldwide on Twitter too) during the World Cup craze...

Solo, listed as Hope Amelia Stevens in the South Correctional Entity (Des Moines, Wash.) inmate registry, “was arrested overnight for allegedly striking her sister and her nephew at the Kirkland home she shares with her husband, former NFL player Jerramy Stevens, according to police,” the Times reports. Police say Solo was “intoxicated and upset.” Solo’s nephew is 17 years old.

Hope Solo has been reportedly arrested and being held without bail ... http://t.co/tvdNOG47rB

We are aware of the situation with Hope and are now gathering information. We do not have any additional information to share at this time.

He's starting for Portugal v the United States, or so it says on The Guardian. Que sera sera.

Spanish national team manager, Vicente Del Bosque separated his squad into two groups in Saturday’s training, with bibs and without, and after seeing the lacklustre attitude of new Chelsea midfielder, Cesc Fabregas, told the 27-year-old to remove the bib (which likely represented the starters) and give it to defensive midfielder, Xabi Alonso, which he did.

Cycle away from that sinking ship Cesc! RIP Spain

In an interview with Spanish television station, Cuatro, Del Bosque first spoke about their final 2014 World Cup match against Australia on Monday and their desire to end the disappointing tournament on a high note.

“We want to say goodbye in the best possible way. I was gutted following the match against Holland but after these past few days, we now understand the situation, we all worked together and it’s become bearable.

“We had a footballing issue. I don’t want to make excuses about the schedule.

Del Bosque then spoke the future, stating that he has yet to make a decision and despite the support from the Royal Football Federation, the two parties will sit down to discuss the future.