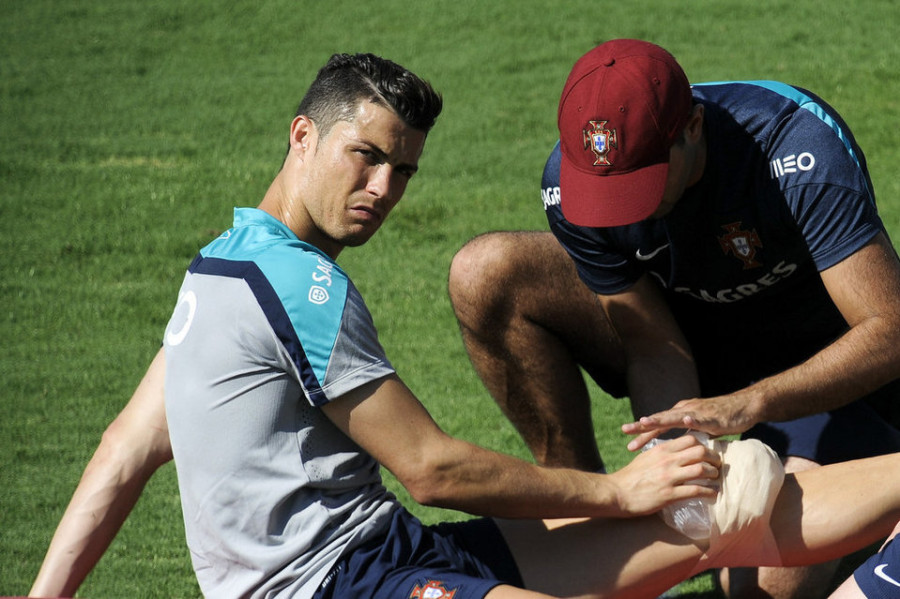 That Ghanian witch doctor is good.

The Toronto Sun is one of multiple media outlets reporting that a doctor has told Portugal's Cristiano Ronaldo that his career is at risk if he continues to play in the World Cup on his tendinitis-stricken knee.

Two weeks ago, a Ghanian witch doctor, Nana Kwaku Bonsam, claimed that he put a curse on the Real Madrid superstar Ronaldo to make him miss the tournament in Brazil.
( Collapse )
Do you think Cristiano Ronaldo will play against the U.S. on Sunday? Comment below or tell us @SportsWN.

There's also a video with pictures of him at the source.