It's better to fade away than to burn out: Give Klose his dues

There is a theory that, deep down, not many people wanted Miroslav Klose to rein in Gerd Muller's goalscoring record for the Germany national team.

It had become impossible to talk about Klose without mentioning it. But he did so. And not in a World Cup final against The Netherlands either but, perhaps typically for the man, in a friendly against Armenia. The general vibe about their intertemporal feud is that Muller deserved to keep it more than Klose deserved to snatch it from him.

It took 'Der Bomber' 62 matches to score 68 times for West Germany. That is barely conceivable. He retired after scoring the winner in the 1974 World Cup final. Muller's goalscoring ratio, if not the tally, will never be bettered. One of the last football myth-makers, he existed before the overexposure of today's football stars. When there were secrets and guys were not knocked down because they had a bad game here or there. He, even now, could have been anything in our minds. A legend. You don't beat legends. 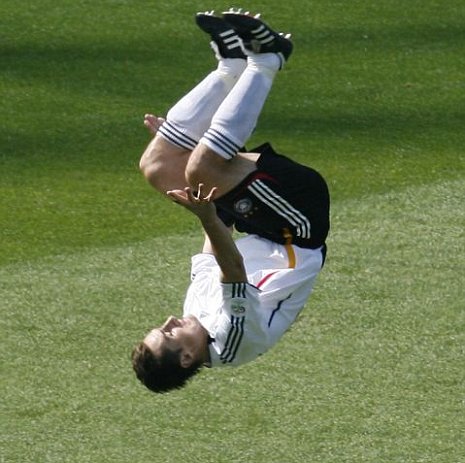