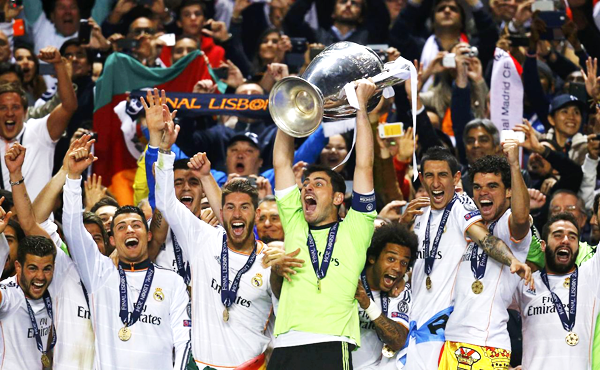 At the final whistle, the first person to embrace Gareth Bale was Cristiano Ronaldo. They danced, they waved their shirts and they caught their breath. Real Madrid’s long, obsessive wait for La Décima was over. And yet, in that wild, eccentric finale there was something happening at the other end of the pitch, too. Atlético’s supporters had broken into spontaneous applause for their team as soon as Bale put Carlo Ancelotti’s team into the lead and they carried on clapping even as the game ran away from them and the score started to feel like a deception.

Diego Simeone’s team had given everything and it is just a pity that he lost the plot after Ronaldo put in the penalty that completed the scoring. His players had chased and harried and, until that dramatic late flurry of goals, they had refused to let the Ballon d’Or winner show himself to be the single most important occupant of this football pitch.

Bale could be forgiven for thinking it never gets better than this and perhaps he is right. His header arrived five minutes into the second half of extra time and, briefly, it had looked like being the game’s decisive moment. Instead, what followed was extraordinarily harsh on Atlético. First, Marcelo made it 3-1 with a left-foot drive that went under Thibaut Courtois’s body. Ronaldo, perhaps inevitably, had the final word.