Read in reverse order, please. Because there's a danger Freddie Ljungberg's* ex-girlfriend (GURL - what happened to your previously flawless taste in men?) will take them down so I made you all a nice picture: 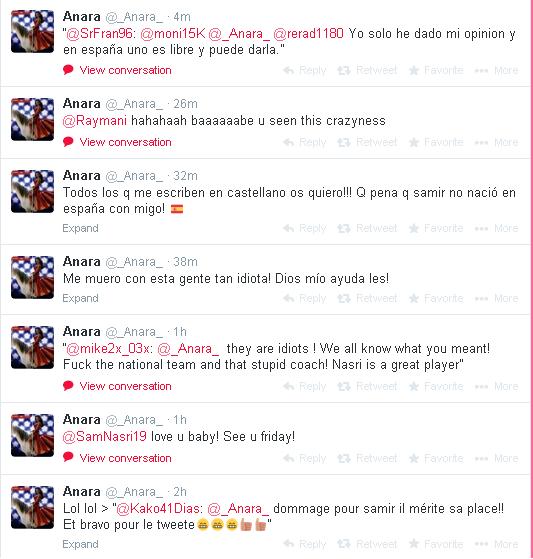 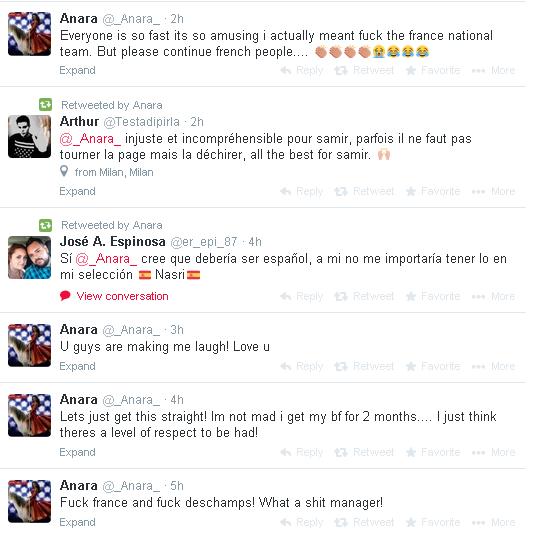 Some of the tweets have, sadly, been deleted already. One was tagged #shouldofbeenspanish which is hilarious for two reasons. And only one of them is the grammar.

Meanwhile, you know I have to ask...

Open to: All, detailed results viewable to: All. Participants: 15

Did Nasri write these tweets himself on his gf's twitter?

Also: I miss him already for ~dramaz. But at least he went down in flames!