I don't have enough time right now, so I'm just posting Thomas Hitzlsperger's statement instead of my translation of the Zeit-Interview with him.

A free and conscious decision

I have come to realise over a considerable period of time that I am homosexual. I have now made the decision to declare this publicly.
It is also a good time to do so, because my active career as an athlete has come to an end and a new phase of my life is now beginning.
For a number of years I have taken the view that the intrusive questions about my sexuality and that of other footballers have to stop.
They force weaker people to live a lie. If the issue of homosexuality is to be debated, however, then I would like to offer my own contribution to what is being said, glossed over or concealed.

I am not under any pressure or coercion from an outing campaign. On the contrary, I have taken a conscious decision to confront publicly the prejudice and hostility shown towards homosexuals. I have nothing to be ashamed of. 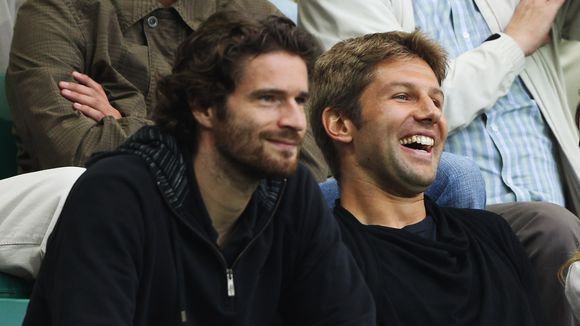 Thomas Hitzlsperger has opened the door for many gay footballers says his friend Arne Friedrich. However, the change of a homophobic climate needs time.
by Steffen Dobbert