Five Little British Boys, All In A Row...

Le Boss himself has spoken to the website: "We are delighted that these five young players have all signed new long-term contracts. The plan is to build a team around a strong basis of young players, in order to get them to develop their talent at the Club. Jack is certainly the best known, the leader of this group – but the other four players are exceptional footballers, and we're very happy that we could conclude their new deals at the same time.

"Gibbs, Jenkinson, Oxlade-Chamberlain, Ramsey and Wilshere represent a core of the squad and it's an extension for a long period for all of them. I'm a strong believer in stability and I believe when you have a core of British players, it's always easier to keep them together and that's what we'll try to achieve going forward."

UPDATE: Acording to El País, Vilanova will have surgery tomorrow and subsequently undergo radio and chemotherapy.

Bayern Munich have announced that midfielder Thomas Muller has agreed a contract extension with the club.

Muller, 23, has put pen to paper on a two-year extension that will keep him at the Allianz Arena until 2017.
( Collapse )

by the way like every year Thomas is doing a charity auction deal again here so if you want Thomas Muller swag, there yo go 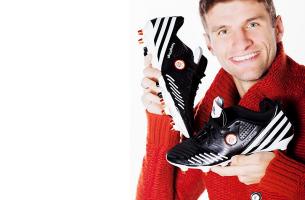 Dutch striker Klaas-Jan Huntelaar, 29, is set to extend his contract at Schalke in the next few days, DerWesten and kicker reports.

The deal comes as a surprise after Huntelaar had been linked with a move to the Premier League with Arsenal and Liverpool, and recent speculation suggested negotiations between Arsenal and Huntelaar were already underway.

But the former Real Madrid and Milan star, 29, now seems set to stay put at the Royal Blues. In earlier interviews Huntelaar had explained he would look at all available offers with perspective and if Schalke were able to compete for titles and then decide about where to sign, what is believed to be, his last big contract.

DerWesten also reports that Germany international Lewis Holtby, 22, is to make a decision about his future in December. Holtby is in the last year of his contract and has been linked with a move to the Premier League. According to DerWesten it was “thinkable” Holtby, the son of an English father, could opt for a Premier League club.
source 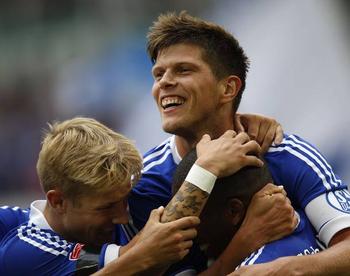