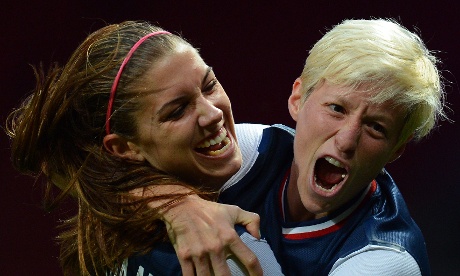 Here we go again: The United States Soccer Federation has announced that a new league known as the National Women's Soccer League will launch in 2013 administered by US Soccer.

US Soccer will also subsidize the salaries of up to 24 US women's national team players while the Canadian Soccer Association and Federation of Mexican Football will each do the same for up to 16 players.

Since the US women began their tour celebrating their gold medal at the 2012 London Olympics, the question has lingered: Where will these women play when this is all over? From the moment when the WPS had to suspend its operations, the US national team players have been bullish on the ability of a league to come back. But at the beginning of the post-Olympic tour, when asked where they would be playing next season, the overwhelming response from the players was "I don't know".

For Abby Wambach and Hope Solo, who are past the soccer magic age line of 30, certainly there's been a good deal of soulsearching over the last year. Emerging stars like Alex Morgan suddenly had a wrench thrown in their future.

REST OF THE ARTICLE HERE

Well, what do we think??
Collapse