Boris Vukcevic (22) is still in critical condition, two weeks after the car accident that left him with life-threatening head injuries.
Low blood sugar blamed for footballer's car crash
The horror car crash which has left Bundesliga footballer Boris Vukcevic in a coma for the last two weeks was caused by the midfielder's low blood sugar level, a report has revealed.

The 22-year-old has been in an artificial coma since undergoing surgery for serious head injuries after his Mercedes car was hit head on by a truck on September 28 at Bammental, near Heidelberg.

Vukcevic is a diabetic and he was hypoglycemic, suffering from low blood sugar level, at the time of the accident, according to a medical report from the University of Heidelberg, where he is hospitalised.

His condition has improved only slightly since the crash.

Local police are still investigating the accident, which they say occurred when Vukcevic's car crossed into the lane of oncoming traffic and was hit by a truck coming in the opposite direction.

You can also read the earlier post on this:
Hoffenheim's Boris Vukcevic in critical condition 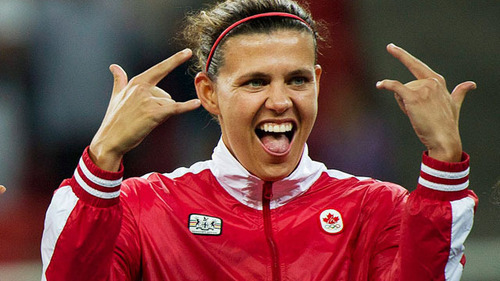 The Canadian captain from Burnaby, B.C., scored three goals in the dramatic 4-3 semifinal loss to the United States.

The eventual Olympic champions scored the winning goal in extra time while Canada would go on to take the bronze medal.

Sinclair, who was also fined an undisclosed amount, was quoted after the game as saying the team felt “cheated.”

Her FIFA disciplinary case was heard today in Switzerland.

The Canadian Soccer Association has requested the reasons for judgment and will not comment until they are received and reviewed.