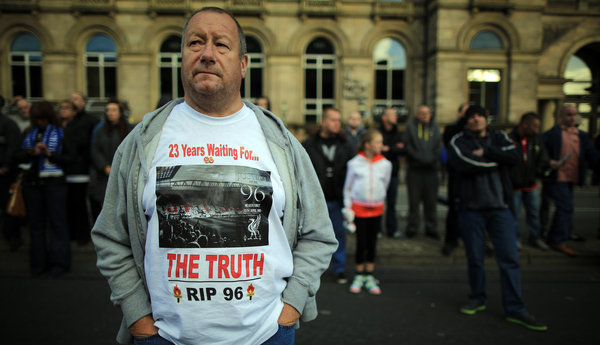 Nearly a quarter of a century after 96 Liverpool soccer fans were crushed to death in one of the worst stadium disasters in history, Prime Minister David Cameron formally apologized on Wednesday to the victims’ families, saying their “appalling deaths” were compounded by an attempt by the police, investigators and the news media to depict the victims as hooligans and to blame them for the disaster.

Before a hushed House of Commons, Mr. Cameron said the families had suffered “a double injustice” in the failures of the police, fire officials and other authorities to anticipate the disaster or to contain its scale once it occurred, and in the efforts that followed to cover up police failings by altering witness statements, and to pin responsibility on the victims for their own deaths.

ny times. an american report, so some of the analysis is sort of basic. more here and here 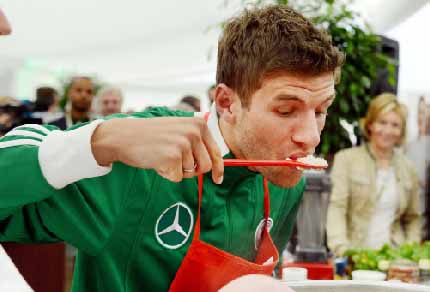