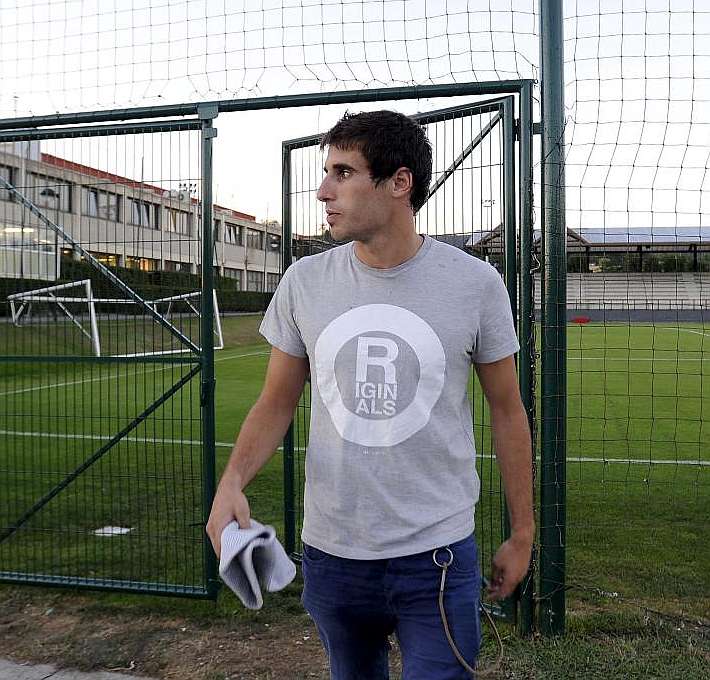 Athletic Club de Bilbao's training grounds, Ciudad Deportiva, in Lezama. Two o'clock on Sunday morning. A weekend off at the club's training facilities as there is no activity until Monday. The gates are closed and there is no-one around apart from the security guard who is suddenly startled by the arrival of a car.

The guard watches with great surprise as someone gets out of the car and jumps over a small fence to get to the building's main entrance. The guard is on his way to stop the person he assumes to be a thief, when he realises that it is Javi Martínez, the ex-Athletic player, now with Bayern.

The international midfielder asks the security officer to open the door to the dressing room because he wants to get his things (boots, clothes and other personal items) that he was unable to retrieve after the buy-out clause came into effect to end his association with Athletic.

Following some discussion, Javi Martínez was able to access the first team dressing room where he found, to his surprise, that his locker had been cleared out. The player could only save a pair of boots that had been discarded nearby.

Another bizarre event to add to his secret trip to Munich where he tried to hide behind an umbrella to avoid discovery prior to finalising his exit.

marca. not sure why this photo is relevant, since it clearly wasn't taken at 2 am...still, this is the transfer saga that keeps on giving the crazy -- and i am super excited that marca in inglés is just as salacious as the spanish original.
Collapse