This weekend in Argentina, referees and players joined a campaign to raise awareness about domestic violence. 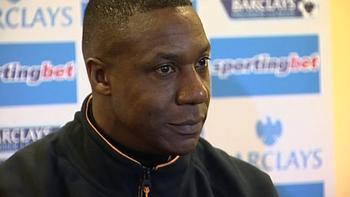 Terry Connor has been sacked by Wolves - bringing an end to his 13-year association with the Championship club.
Connor was initially retained as first team coach by manager Stale Solbakken when the Norwegian was chosen as the long-term replacement for Mick McCarthy.

A Wolves statement confirmed the decision, saying: "Terry Connor's contract as assistant manager of Wolves has today been terminated with immediate effect.

Wolves have always struck me as a "no-frills" club and one that sticks to what they know so cutting loose the people / players that have been there and know the ins and outs of the team isn't going to help them be successful. Especially when their best remaining players are arguably their keeper Wayne Hennessey (who was probably saved from the transfer market by a last-minute injury) and Stephen Ward, who I can't see staying on should they not go back to EPL next year.
Besides - 13 years of service does not deserve a "K bye there's the door"
Collapse