It's not every day my faintly sinister Philipp Lahm icon comes in so handy, but FC Bayern München is trolling this morning, as only they can.

According to the club website, a "very happy" Javi Martinez (aka "this transfer-season's most curiously over-priced player") is in München this morning, having just completed a transfer deal to end in 2017. Their director is really happy about this because "from day one we've had a lack of communication [could be translated as cooperation] from his club."

No kidding! According to Athletic Bilbao's website the player's "trip to München is unauthorized, and we will be demanding an explanation from him." Looks like they're going to have to wait until he has a vacation, frankly.

I have screen caps of the boy in München, of course, grinning like an idiot and repeating the spiel about how he's "so proud to be at a club as storied as Bayern." 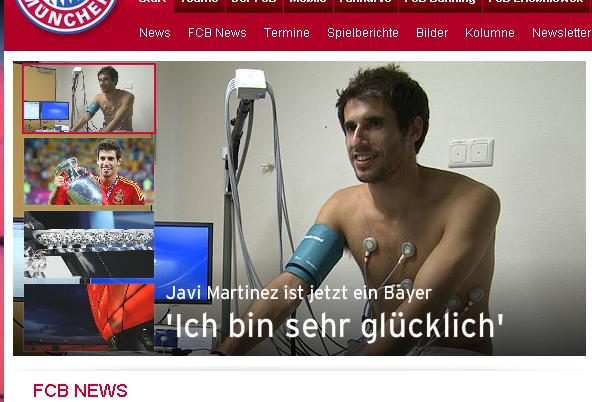 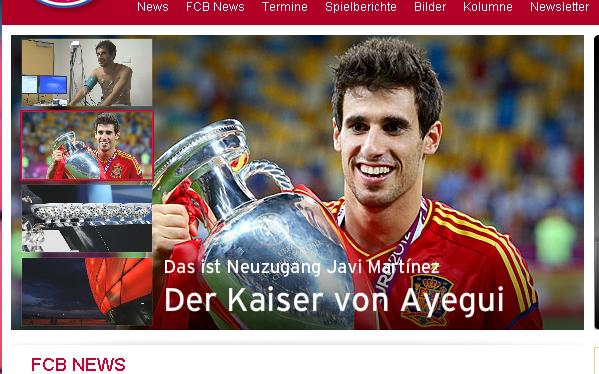 Those of you who speak German and are in the mood for a good hearty chuckle are encouraged to make your way to the site to read every sordid detail.

By the way: he better not have cost 40 million because he's worth less than half that. His attitude is priceless though - he'll fit right into his new dressing room, no problem at all. I defy even Arjen Robben to engineer a transfer this juicy.

As for FC Hollywood - thank you darlings. You've just made the decade worthwhile.

EDIT: The Suedeutsche Zeitung are convinced he went for 40 million. That makes him the most expensive signing in Bundesliga history.

I know most partisans stick to their team comms, but some people were interested in having a post in ontd_fb as well. So have fun kids and play nice(ish). I'm off work early and headed to a bar. :)
Collapse