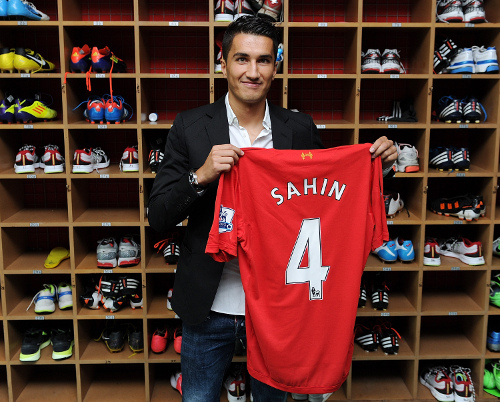 Şahin moved to Madrid last summer fresh from helping Borussia Dortmund secure the German championship and being named as the Bundesliga's Player of the Season.

The playmaker collected another league title winners' medal as the Spanish giants clinched La Liga in May.

Şahin has 31 caps for Turkey and became their youngest ever scorer when he netted on his debut against Germany in 2005, aged 17.
LFC

19:45BST//20:45CEST//15:45EDT
AS Roma vs Catania
Atalanta vs Lazio
Chievo vs Bologna
Genoa vs Cagliari
Palermo vs Napoli
Pescara vs Inter Milan
Siena vs Torino

Iker was balding, no one can deny it. No matter how much you love him you have to admit that. But now he isn't. What the hell? Was it Rogain? Implants? During the Euros he was balding, now not so much. What happened?

yes, that was a faux cut but I have permission
Collapse