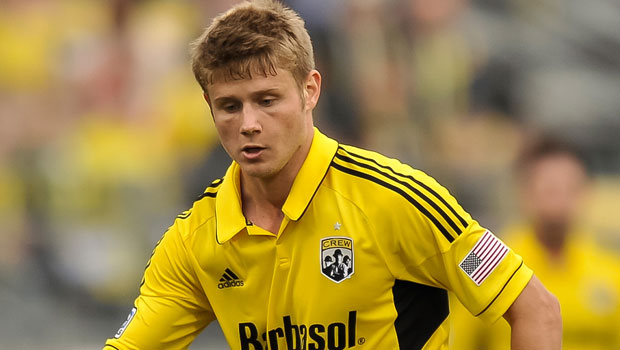 Columbus Crew midfielder Kirk Urso died Sunday morning at a central Ohio hospital, and no cause of death has been determined, a county coroner said.

Urso played in six games this season and was sidelined by groin surgery in May. Urso was not with the team Saturday for its 1-0 loss to D.C. United in Washington, team spokesman Marco Rosa said.

"The thoughts and prayers of the entire Columbus Crew and Hunt Sports Group are with the Urso family in this time of need," a team statement said.

Urso was in his first season with the Crew. In a team profile last month of Crew rookies, he said he was frustrated with injuries.

"To go from getting picked up late in the draft, to starting and contributing, and then to be out completely and hurt -- it's really frustrating. Injuries are just a part of (soccer)," he said.

A native of Lombard, Ill., Urso played on North Carolina's NCAA title-winning team last fall and for the U.S. under-17 World Cup team in 2007.

With the NCAA title, Urso said it helped erase years of frustration for him and the other UNC seniors.

"My whole college career has been awesome, but there was something extra about this team," Urso said. "To cap it off with this is something I'm going to remember the rest of my life."