"Sadly my injuries and inability to train have finally brought an end to my career," King told Tottenham's website. "I'm pleased that I can continue to work within the club."


King of White Hart Lane
• Spent his entire career at Tottenham but made just 323 appearances, scoring 13 goals
• One of those strikes was the quickest in Premier League history after 10 seconds against Bradford in the 2000-01 season
• Made England debut against Italy in 2002 and went on to earn 21 caps, scoring against Portugal in 2004 and Mexico in 2010
• Although commonly used as a centre-half, King was also used as a defensive midfielder, especially in the early stages of his career

Zlatan "I own an island, bitch" Ibrahimovic Signs For PSG, Does Not Rate _FB Post


I, Zlatan, on signing: "I may not know much about Ligue 1,
but Ligue 1 knows all about me..."
One can't help noticing that one month after acquiring his very own island (to be named "Ibraville" perhaps?), scoring a pointless goal of the tournament in a final "fuck you" to the Euros, and becoming the cumulatively most expensive player of all time after totaling up moves from and to Ajax, Juventus, Inter, Barcelona, AC Milan and now PSG, Zlatan Ibrahimovic failed to rate an

He may not know much about

ontd_football knows all about him?

Question of the day: Was I, Zlatan's move to a club that doesn't even rate a community tag a mistake? Or is PSG bound to finally get some serious silverware?

FRIDAY FREE FOR ALL 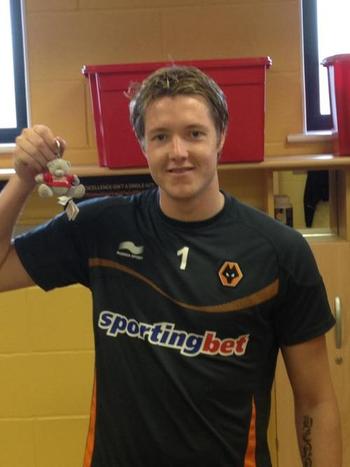 In Japan, winning a world title earns you a seat at the back of the bus, er, plane. The Japanese women’s soccer team flew to Europe Sunday on the same flight as the men’s team. While the women crammed into coach seats, the men’s team scored seats in business class. As it stands, this would be an injustice, but here’s the kicker: The women are world champions; the men are, well, not as successful.

The Nadeshiko, as the women’s team is known, won the 2011 FIFA Women’s World Cup last summer, beating out the U.S. team in a spectacular final. Just months after the country’s devastating earthquake, tsunami and subsequent nuclear crisis, the team’s victory brought hope to its battered compatriots, and the women were welcomed back from the final as heroes.

A year later, that inspiration seems to have been forgotten, at least by the Japanese Football Association, who said the men’s and women’s teams had left Tokyo on the same flight without any mention of the seating inequality. London’s The Guardian reported the women’s team’s reactions:

"I guess it should have been the other way around," Homare Sawa, the team’s star player, told Japanese media. "Even just in terms of age, we are senior," she joked.

Nadeshiko’s success last year and their continued achievements (they beat Australia, the 10th-ranked team in the world, 3-0 last week in an international friendly) has sparked conversation about their gold medal possibilities. The team is ranked No. 3 in the world, behind the U.S. and Germany. The men’s team is No. 20 and not expected to medal in London.

There’s some hope for more leg room: The JFA says that if the women’s team proves its worth with a medal, the players will fly business class on the return flight to Japan. The last time Nadeshiko flew business class was after their World Cup win, when the JFA thought it acceptable to upgrade their seats. Whether or not the men’s team medals, the men will enjoy seats further up in the cabin.

idek what to say other than this is some serious bullshit.