fan tifo display from a game in April

Creating the Midwest's first formal alliance between a professional sports team and a pro marriage equality organization, Chicago Fire Soccer Club and Equality Illinois announced late last week that they'll be working together for true equality in the Land of Lincoln, where there's currently a fierce debate over same-sex nuptials.

Initially announced during the Chicago Pride Parade late last month, when members of the Chicago Fire organization marched with the Equality Illinois float and its "I Do" marriage equality theme, the partnership involves several events during the month of July promoting lesbian, gay, bi-sexual and transgender rights awareness and providing the team an opportunity to provide support to the local LGBT community.

Other Chicago sports teams, including the Cubs and White Sox, have held promotional nights and donated items for silent auction fundraisers in the past, but none have officially partnered with Equality Illinois.

Chicago Fire President Julian Posada insisted the partnership is not just about making a "political statement." "It's just the right thing to do," he explained.

Equality Illinois CEO Bernard Cherkasov agreed that this is about more than just legislation and policy debate.

"This support from a major pro-sports team signals to fans and LGBT youth the diverse voices that embrace equality," he said. "When we have sports heroes and teams show their support, it takes the conversation away from politics."

As part of their commitment to equality, the Chicago Fire will be hosting a Pride Night on August 4th, when they play against Toronto's football club.

--
Fuck yeah MLS! Fuck yeah Chicago Fire! :D And if you're in the Chicago area, and interested in going to Pride Night: tickets are hurr.

smh that it hasn't been posted here yet, unless i am blind.

The former Italy international Alessandro Nesta has signed an 18-month contract with the Montreal Impact. Nesta played 78-times for Italy and was part of his country's 2006 World Cup winning squad but has decided his future is in Major League Soccer.

"I'm very happy to be here," the 36-year-old Nesta said. "Despite some offers to continue my career in Europe, I was looking for a new challenge and wanted to play in MLS."

Nesta left Milan at the end of last season following 10 trophy-laden seasons with the Rossoneri. He won two Champions League and two Serie A titles with Milan following his move from Lazio in 2002 and was widely regarded as one of his country's finest defenders.

Nesta will link up with his former Lazio team-mate Marco Di Vaio at struggling Montreal, who are eighth in the 10-team Eastern Conference with five wins from 19 matches.

"Upon visiting my friend Marco to see him play his first game with Montreal, I met great people in this club. I really liked what I saw and I was convinced Montreal was where I wanted to be," Nesta said.

The Impact coach, Jesse Marsch, was desperate to get the defender into action and help drag the team away from the lower reaches of the table. "It's an incredible opportunity for our club to add a defender of his talent. We are very anxious to get him into our lineup because he will make us better on every level," Marsch said.

everyone argues about who is the best player  Cristiano Ronaldo or Lionel Messi?  But is Messi even the best south american player?  There are those (most Brazilian lol) that claim that Neymar is as good if not better than Messi ALREADY!!  Wat do you guys think?  Personally I think Neymar has been overhyped, but after having watched this video http://www.vingle.net/posts/10963-Messi-contra-Neymar-contra-Cristiano-Ronaldo  I don't know.  What do you all think? 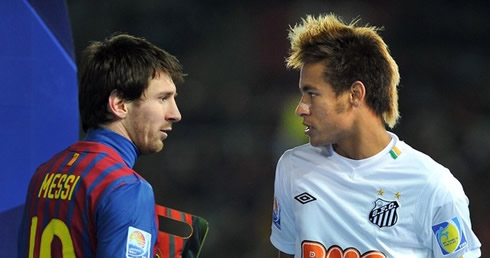 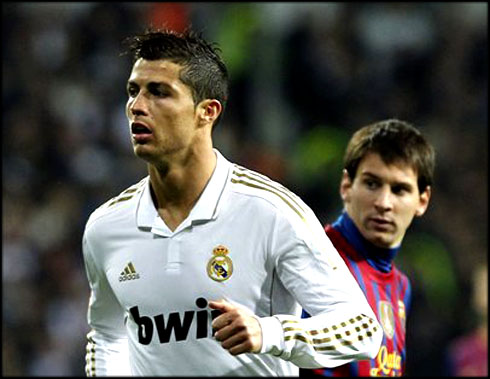