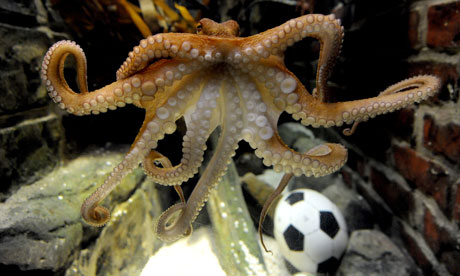 #1: Cristiano Ronaldo, POR
Considering his sustained brilliance for Real Madrid -- 84 goals and 22 assists in 67 games over the past two seasons -- it's a wonder that the world isn't running out of adjectives to describe the Portuguese forward's play. Whether deployed on the flanks or through the middle, exhibiting his lethal skills and swagger from set pieces or close range, Ronaldo is the best there is in the European game today. (And the richest, too; $17.06 million in reported salary, as of 2010.)

Though his club side has plenty of world-class talent to surround and support him, Ronaldo's record with Portugal is far less clear, and makes him an intriguing case heading into Euro 2012. Largely expected to single-handedly lift and lead A Seleccao, CRon did manage five goals in qualifying but watched his side struggle, losing to Denmark and Norway but scraping through to a playoff with a superior goal difference. From there, a Ronaldo brace anchored a 6-2 playoff win over Bosnia & Herzegovina, giving the mercurial forward a chance to impress in Poland and the Ukraine.

Such is Ronaldo's career; no matter how incendiary and brilliant he is with globally worshiped teams like Manchester United -- he won three consecutive Premier League titles, a Champions League title, a Ballon D'Or and two PFA Player of the Year awards -- and Real Madrid -- a La Liga title, European Golden Shoe and the inaugural FIFA Puskas Award for "most beautiful goal" -- there is still the sense that he has something to prove. With his country drawn in the toughest group alongside Germany, the Netherlands and Denmark, all eyes will be watching. 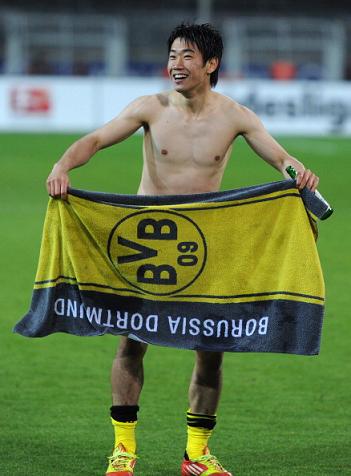 The Premier League club confirmed on Tuesday they have "reached agreement" with his club Borussia Dortmund.

"Manchester United is delighted to announce that it has agreed terms with both Borussia Dortmund and Shinji Kagawa for his transfer to the club," said a United statement.

"The deal is subject only to the player medical and obtaining a UK work permit. These conditions are anticipated to be completed by the end of June. The deal is expected to cost about STG12 million ($A19 million).

Manager Sir Alex Ferguson and assistant Mike Phelan personally checked on Kagawa the day before the Premier League runners-up's final match at Sunderland, when they saw the Japanese star grab one goal and create another in Dortmund's 5-2 German Cup triumph over Bayern Munich.

The 23-year-old attacking midfielder is currently on international duty and played in Japan's 3-0 World Cup qualifying round victory over Oman at the weekend.

Kagawa cost Dortmund just 350,000 euros (about $A450,000) when he joined from J-League side Cerezo Osaka in 2010. He has scored 21 goals in 49 Bundesliga appearances for Borussia, helping them win back-to-back league titles.

Defender Rio Ferdinand was quick to offer his best wishes on Twitter.

"Welcome to Shinji Kagawa for his transfer to Man Utd," he said. "Here's to a succesful (sic) time here bro!"

As a BVB fan, I'm gonna miss him so much ;~; I'm sure his boyfriends Kevin and Ilkay miss him too.
Collapse