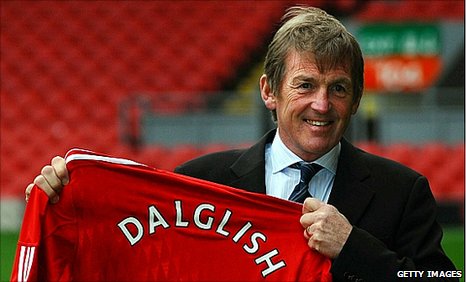 After 48 hours of intense speculation, Liverpool and Kenny Dalglish have parted company. Official confirmation is expected within the hour.

Dalglish arrived back from Boston after brief talks with the club’s owner John W. Henry on Monday, where it is believed he was offered an alternative role at the club but turned it down instead wishing to remain in charge.

The news means Liverpool are now without a chief executive, director of football, head of sports science, head of communications or a new stadium. FSG better have a good plan.

God, this is killing me. All I can do is cry. We need stability. We are changing so much at once. Will it help or hurt us more? And changing everything every second is fucking painful. Losing Kenny of all people? Fuck. He will always be a legend, and I'll always be on his side.