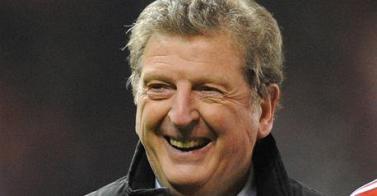 West Brom have given Roy Hodgson permission to talk to the FA about the England job.

It follows an approach from FA chairman David Bernstein to West Brom chairman Jeremy Peace, which was subsequently accepted.

No approach has been made to Tottenham boss Harry Redknapp, who had been viewed as the overwhelming favourite to succeed Fabio Capello.

David Bernstein said: "I'm grateful to Jeremy and all at West Bromwich Albion for their co-operation in allowing us to approach Roy, who I have since spoken with.

"Roy is the only manager we have approached and we remain on course to make an appointment within the timescale we set-out soon after Fabio Capello's departure.

Mario Gomez broke my madridista heart in the Champions League but i couldn't resist to post this because this incident is made for this community.


This Saturday, Bayern München won 2-0 over Stuttgart. Mario Gomez scored a goal after an assist from Thomas Müller. Gomez celebrated his goal by blowing kisses to the latter.
In a post match interview Müller said: "I'd rather have him blow kisses than acutally kissing me."
But Mario Gomez had something else to say:

I always knew he was very bromantic with his team mates but this statement surprised me.
Collapse