When a team goes through a goal drought, most fans have a simple answer: a few abusive chants from the terraces, followed by a moan in the pub after the game.

But fans of German regional side FC Magdeburg decided to take a more constructive and creative approach - one that has now made them globally famous.

Reasoning that their men had gone without a goal for five matches simply from having forgotten where the goal was, they decided to take giant dayglo arrows to the match to point their heroes in the right direction.

Stilian Petrov of Aston Villa has been diagnosed with leukaemia 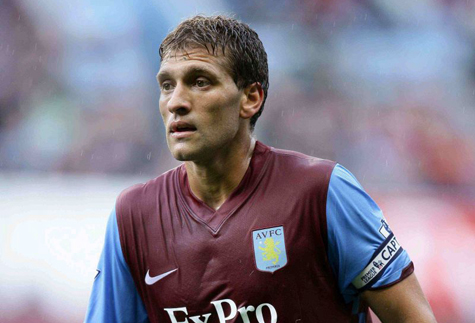 Aston Villa captain Stilian Petrov has been diagnosed with acute leukaemia, the club have said.

The condition was diagnosed following tests after the Bulgaria international, 32, developed a fever following last Saturday's defeat to Arsenal.

The club said: "We expect to learn more about Stilian's situation in due course and we have moved quickly to support him and his family.

"During this time we ask that Stilian's privacy is placed ahead of all inquiries and trust that we will share information as we receive it.

"Stilian is cherished by many and he will get from Villa every ounce of love and support that we have to help bring this to a positive conclusion."