Fabrice Muamba taken off ventilator, is now speaking in French and English 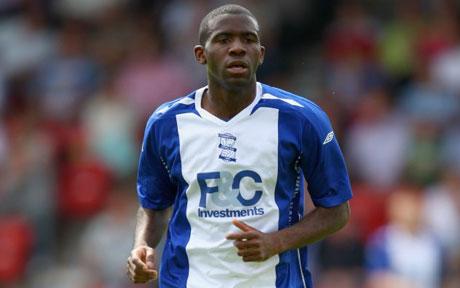 Although Bolton Wanderers' former England Under-21 international remains in intensive care, statements from the medical team treating him at the London Chest

Hospital have sounded a note of cautious optimism.

Chelsea midfielder Michael Essien, who visited the hospital on Monday night, said Muamba had spoken in both French and English to him.

These reports followed a succession of improvements in Muamba’s condition after the footballer had spent two days in a medically induced coma in an effort to reduce swelling around his brain.

With his heartbeat and blood chemistry being closely monitored for signs of any deterioration in his condition, by 3.30pm on Monday surgeons felt sufficiently confident to reduce his reliance on the mechanical aids that had until that point kept him alive.

By the evening they had removed the ventilator that had previously kept him breathing.

Edit: Oh man, apparently his first words were "Where's Josh?" in reference to his son.
Collapse