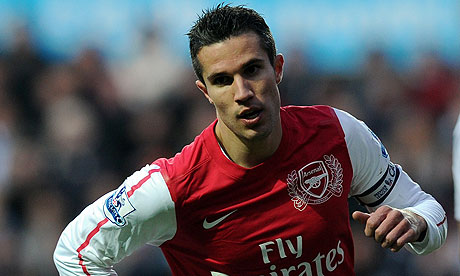 Robin van Persie has revealed that Arsenal want his five-year-old son to enter their youth training ranks. Arsène Wenger, the Arsenal manager, has built a reputation for unearthing young gems but following the blood line of a star player would appear to be a fresh tactic. More seriously, the gesture could be construed as a part of the ongoing attempt to bind Van Persie to the club for the long term.

Shaqueel, who has shown great promise in both football and golf – he sometimes beats his father at the latter – plays for a team close to the Van Persie family home. Van Persie has been so impressed with the team's coach that he has been happy for Shaqueel to remain with him and ignore Arsenal's calls.

obviously, this is a craven attempt to keep rvp, but i think we can all see the humorous implications as well: 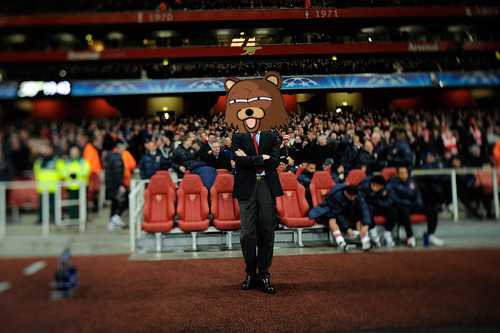