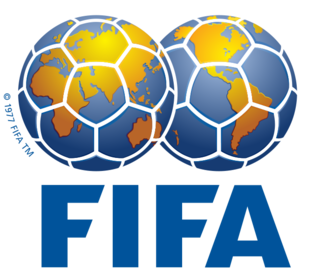 Let me know if I missed any!

Portugal Books Ticket to Euros, Prepares to Bring Greasy Back 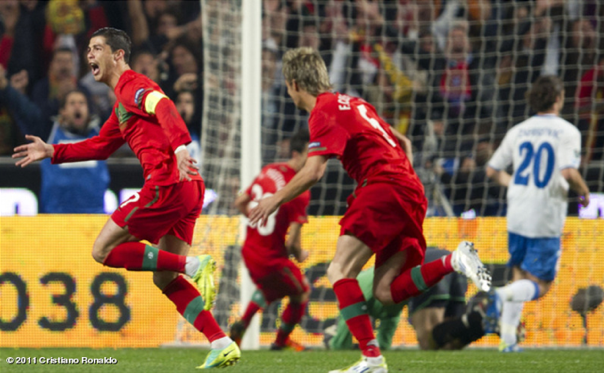 Two (goals) for you, Cristiano coco.

And here I was beginning to think we'd never get our passport. To quote a sage man, the parties were not easy. Portugal was, to put it mildly, a wreck after Queiroz ran us into the ground at the World Cup with his patented 10 Defenders And Cristiano™ defense, and his delayed departure meant two Euro qualifiers without a permanent coach. How did that go for us? Well… We managed to concede 4 goals in the first, and lose the second. We had 1 out of 6 possible points in our first two games and tomorrow's horoscope wasn't looking so bright and sunny.

Then, a miracle happened! We hired a coach who… Didn't think Cristiano was a striker? Who actually played a center forward as a center forward? Who was competent enough to google "creative midfield?" It turned out all we needed all along was a Football Manager veteran, beginning the question of whether we would have made it past the Round of 16 if we'd hired a 25 year-old gamer who grasped the concept of not putting Cristiano on one end of the field and the rest of the team on the other.

But I digress: we got our act together, and by 2010's end, we managed to bring ourselves level with Denmark and Norway with 10 points. We were back in the game! The Euros were a glimmer in our eye again! 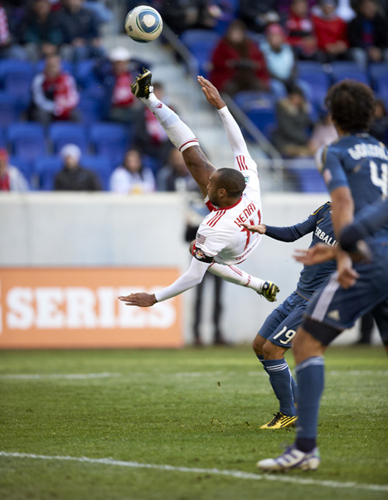 Erik Soler sat at the conference table in Secaucus two years ago with a can of sugar-free Red Bull at his side and his hair impeccably groomed, giving every reporter in the room reason to believe that finally, after so much turnover and stubborn mediocrity, the company had hired an efficient, organized official to run the club.

The Red Bulls required a savior following their 2009 debacle, a stronger connection to the fountain of wealth and benefits provided by the energy drink overlords in Austria. The media at this introduction, embracing an impressive newcomer, glossed over Soler’s admission that day.

“I’m not going to claim that I’m an MLS expert," Soler said then. “I’m an expert in European soccer."

I'm not trying to pick a fight with Red Bull fans, and parts of this article certainly seem unfair (like tying Harrison's economic issues so directly to the performance of the team). But, I also think this is an and interesting read and really brings to light the complications that exist in a league like MLS. And SMH at that Ream story.