Former Montreal professional soccer star is going public about having hidden his homosexuality. 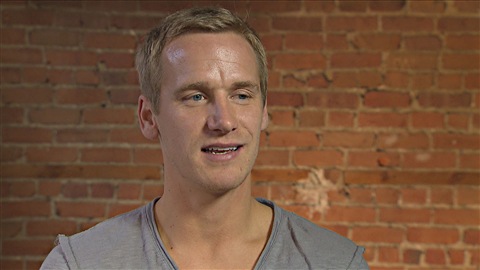 David Testo, 30, played with the Montreal Impact until last month, and won the team's MVP award in 2009.

The North Carolina native told CBC Radio-Canada this week that he is gay, and regrets not coming out earlier.

buyamattress made a more complete translation of the original French source:

Shattering a persistent taboo in the world of sports, the former [Montreal] Impact player David Testo publicly revealed his homosexuality Thursday, in the hopes of encouraging other athletes to come out of the closet and stop living in fear.

"It's more important than soccer. There are other young men who have problems, who need someone to do what I'm doing," explained Testo, 30, in an interview with Radio Canada. "It's important to be yourself."

Testo also used to play for MLS side the Columbus Crew.
--
Wasn't sure what to tag as... But good for him. It's a shame he was let go before the Impact joined the MLS next season, and that's very sad about not being able to thank his partner. ):

Cristiano Ronaldo's reaction to being lasered in the eyes in Bosnia:

Besides it being his birthday tomorrow and all, our beloved and controversial captain is having a break from international duties. Which is not because of any Dramalahmas, mind, but because he's been playing almost nonstop and now he can relax and recover his sinuses while he watches his team play on television.

What is he going to do at home besides that, with no games to play?
Is he

_FB, I WANT TO KNOW. WHAT DOES A LAHM DO WHEN HE DOES NOT CAPTAIN WITH A TINY GAMER FIST OF BAVARIAN-NESS?

On a more serious note, he did post on his Facebook a post about Robert Enke as well as a link to the Robert Enke Foundation, and emphasized both helping those with mental illnesses early, and also making it a more open process where it's okay to acknowledge mental illnesses and seek help.