Well there's that, I hope?

The Barclays Premier League is watched by 70 per cent of the world's estimated 2.08 billion football fans.

New research has been carried out by leading sport business research consultancy, SPORT+MARKT, and it reaffirms that the Barclays Premier League is one of the drivers of worldwide football interest.

Global following of England's top flight is projected 1.46 billion - or 70 per cent of the world's estimated 2.08 billion football fans - extrapolated data from Sponsoring21+, the most in-depth sport sponsorship study ever conducted, has shown. Of those, 615 million are supporters of one of the League's 20 clubs.

The Premier League is even more of a driving force for football interest in its home market, the United Kingdom. Of 21.4 million enthusiasts of the game, 92 per cent follow the Premier League.

Figures are also impressive in key international markets such as China and the USA: 64 per cent of Chinese football fans follow the League closely, while half of America's growing soccer-loving community are absorbed by the goings on across the Atlantic.

In terms of annual domestic sporting competition, the exposure offered by the Barclays Premier League is unprecedented.

Last season, television coverage of its matches reached 643 million homes around the world, up 11 per cent from 580 million in 2009/10.

Meanwhile, SPORT+MARKT's analysts estimate the total cumulative in-home TV audience shot up from 2.9 to 3.9 billion during that time. When added to the estimated 777 million out of home viewers, that takes the total Barclays Premier League audience last term to 4.7 billion. 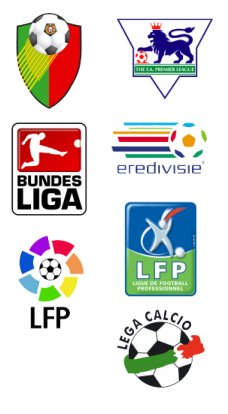 By now, everyone has heard the argument that La Liga is a two-horse race, especially from the press outside of Spain. While there is no denying that fact, the more interesting questions are: ’Is La Liga is the ONLY two-horse race among the top leagues of Europe?’ and ‘What is the most competitive league at the top of the table?’