Split by War, Libya’s Team Is United by New Goal 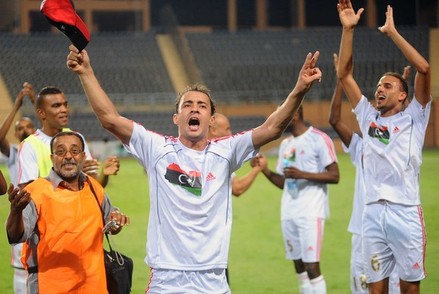 using a different photo here from the one in the article, so you can see the new uniforms with the revolutionary flag.

When violent protests erupted in Libya in February, some members of the national soccer team supported Col. Muammar el-Qaddafi’s regime, including the captain at the time, Tariq Tayib, who called the rebels rats and dogs. Others chose to take up arms.

Walid el Kahatroushi, a 27-year-old midfielder, was one of three players who left the team and joined the rebels.

“Some people came to me and told me one of my dear friends was in the hospital and lost his arm,” Kahatroushi said. “In that moment I decided to leave the camp and join the front line.”
( Collapse )

and they made it to the finals yesterday, with a 0-0 draw! 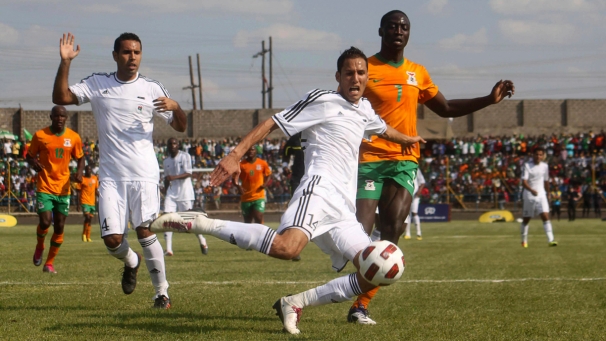 The national football team of the 'new' Libya was indebted to long-serving goalkeeper Samir Aboud as they defied the odds again at the weekend to reach the 2012 Africa Cup of Nations.

Aboud, who turns 40 next year but boasts the cat-like agility of someone half his age, pulled off several superb saves as the North Africans forced a 0-0 draw away to Group C winners Zambia and clinched one of two slots reserved for the best second-place sides.

"My team-mates and I dedicate our qualification to all Libyans -- to our revolution," Aboud told reporters in mining town Chingola while the rest of the team danced and sang to celebrate what will be only a third appearance at the biennial African football showcase.
( Collapse )

The sick message was posted on Twitter three days after Archie's birth.
Injured Arsenal star Wilshere, 19, refused to respond to the twisted taunt.