Liverpool are set to loan misfit midfielder Joe Cole to French champions Lille for the rest of the season.

Cole has struggled to establish himself at Anfield following a big-money Bosman move from Chelsea last summer and has seen the arrival of midfielders Charlie Adam, Stewart Downing and Jordan Henderson over the past couple of months further reduce his chances of regular action.

The arrival of the England international would renew speculation about the future of Lille star Eden Hazard, who has been linked with Arsenal and, ironically, Liverpool.

Former Manchester United midfielder Owen Hargreaves is set for a shock move to their neighbours and rivals Manchester City.

Hargreaves, released by United this summer after losing the best part of three years to knee problems, underwent a medical at Manchester's Bridgewater Hospital today.

The midfielder, who is now a free agent, attracted interest from Tottenham and Aston Villa, but is understood to have chosen City because of the platform it will provide for him to try to win back his England place.

Hargreaves joined United from Bayern Munich for £18million in 2007, after being voted England's best player in the World Cup in Germany the previous year.

But after helping United lift the Champions League in 2008 with victory over Chelsea in Moscow, Hargreaves fought in vain to overcome tendinitis in both knees, undergoing operations on both.

He lasted just five minutes into a comeback against Wolves last September and United decided to cut their losses on the 30-year-old, although he now has a chance to resurrect his career with their local rivals.

A pretty shocking move in general but he said he wanted frequent football e.g 40 matches this season and I don't see him being able to get that at City.

Per Mertesacker to Arsenal?

According to L'equipe, Per Mertesacker has signed for Arsenal just yesterday. Since the original article is in French, here's a trippy Google-Translated English version.

"Per Mertesacker had signed for Arsenal on Monday night. The German international defender arrived from Werder Bremen. 26 years old, the man with 75 caps formed in Hanover, is not the only defensive rookie of the Gunners. Indeed, the London club will sign a three-year contract to André Santos, the left side Fenerbahce who gets 7 million in the case. However, the defense of Arsenal lost Armand Traore. The 21-year Senegal international has signed a contract with Queens Park Rangers. Finally, the Monegasque Park Chu-Young has signed his contract with the team coached by Arsene Wenger."'

I have no idea how trustworthy L'equipe is as a news source  but they seem legit to me. Thoughts? 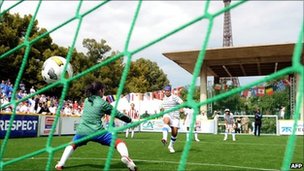 The Scotland team has won the final of the Homeless World Cup in Paris. The Scots secured the trophy with a 4-3 victory over Mexico, who had qualified for the final for the first time. The competition has brought together teams of homeless and marginalized players from 64 countries around the world.
( Collapse )

So, with just over 24 hours left of the transfer window, I think it's about time we had a transfer post to deal with all those shock transfers, last minute deals and rumours going round like that one about Stevie G finally signing that Chelsea contract because he misses Fatnando too much

So, report done deals, rumours and any other transfer speculation and gossip right here

Some bro with WAY too much time on his hands analyzed 713 "significant" goal line incidents over the last season of the Premier League and, revising the scorelines accordingly, fixed up the table to reflect the clubs' "true" performances. Obviously it's not entirely accurate because of the whole butterfly effect change one thing and everything else changes and Ashton Kutcher loses his arms etc thing but it is sure to provide fuel for your bitterness/gratefulness/grudges. 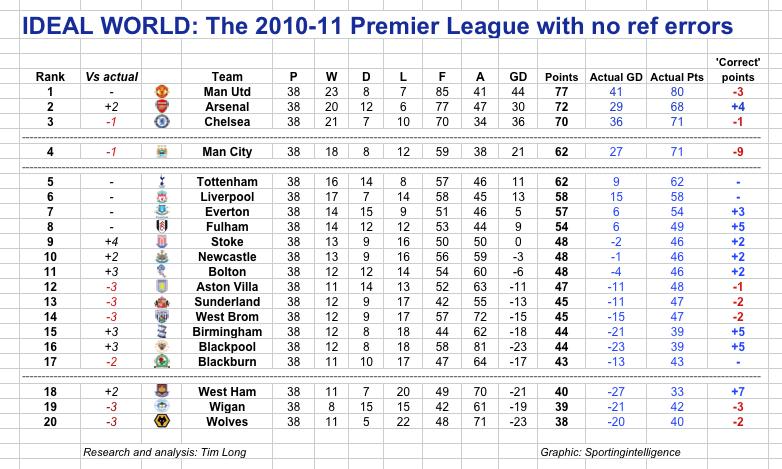 *death* @ poor West Ham getting +7 but still not leaving the relegation zone :(

it seems like besides Arsenal the refs were harshest on the mid-table teams with Stoke (lol) making the biggest jump, and the Liverpool-United fans' back and forth arguing about refs seems pointless as Liverpool saw no change and it was City who got the brunt of the favorable decisions.