Arsenal can confirm that they have agreed terms for Samir Nasri to move to Manchester City.

The 24-year-old midfielder, who has spent three years with the Gunners, has been omitted from Arsenal's squad which flies to Udinese this afternoon and instead will travel north for a medical.

The move will be subject to Nasri passing a medical and formal registration processes. 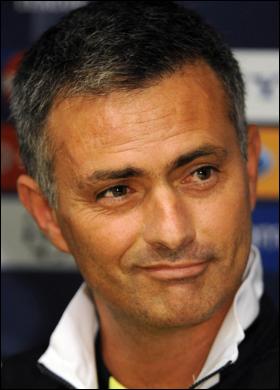 So...Mourinho wrote the fans a letter addressing rumors that he's quitting and his behavior at a recent match:

Only those who don’t know me can dream, make up or believe I may leave Real Madrid at this stage…

I believe many people were surprised by the quality football showcased by Real Madrid during the preseason and it would be surprising news to them if I left the club now. Impossible!

I have a fantastic President who is very intelligent and with whom I have a great friendship. I also have a Director General who works for the club 24 hours a day, so my motivation is enormous and my Madridismo is even greater than that of some pseudo-Madridistas…

There is no way I’m leaving. No way!

I also wish to apologise to Madridistas, and only to them, for my attitude in our last game. Some people are better adapted to the hypocrisy in football than I am, and they hide their faces and speak in whispers deep inside tunnels.

I’m not learning to be a hypocrite, and I don’t want to.

Best wishes to all. We’ll see each other tomorrow at the Santiago Bernabeu Stadium.
”
—


This was posted to INFORM, not incite wank. Make sure your breasts stay unexcited while reading. Thank you.

ETA: I CANNOT BELIEVE "CALM YOUR TITS" IS NOT A TAG!

Russian club Anzhi Makhachkala have confirmed they have reached an agreement with Inter Milan to sign Cameroon striker Samuel Eto'o in a deal which is expected to make him the world's best-paid player.

Anzhi already have Brazilian legend Roberto Carlos on their books and recently snapped up Yuri Zhirkov. They will now add Eto'o to their ranks, a prolific forward who has scored goals wherever he has been.

A statement on the Russian club's official website read: "Today an agreement was reached between the football clubs, Anzhi and Inter, for the transfer of Samuel Eto'o.

"The terms of the transfer are completely agreed on both sides."

The statement from Anzhi continued: "Anzhi expresses gratitude to the leadership of Inter Milan for their professional and constructive approach in the negotiations.

"On Thursday, Samuel will arrive at the location of his new team and will begin preparations for the match against FC Rostov."

Anzhi market consultant German Tkachenko led a delegation from the Russian club who met with their Inter counterparts on Tuesday afternoon to thrash out the deal.

Eto'o scored 21 goals in 35 Serie A appearances for Inter last season, having helped Barcelona to Champions League glory in 2006 and 2009, scoring in the final victories over Arsenal and Manchester United.

What does First Division have that Second Division doesn't - besides the topclass football stars, great stadiums, more class, higher budget and it not being a disgrace to play in? Not much, I tell you.

Second Division means rivals you've never faced, travelling through the whole country, making small changes that seem huge in comparison to everything else, the return of players who really love your club, winning a league you've never won before, and coming up with a thousand excuses to pretend you don't care!

Can we have a River Plate tag?

Unless you have been living under a rock or don't give a shit about La Liga, you probably heard all about the wankfest of the Supercopa, fight, tackles, racist crowds blah blah blah, etc.

But perhaps you did not hear about the absolute best part of Supercopa. One of the defining pictures of the night. 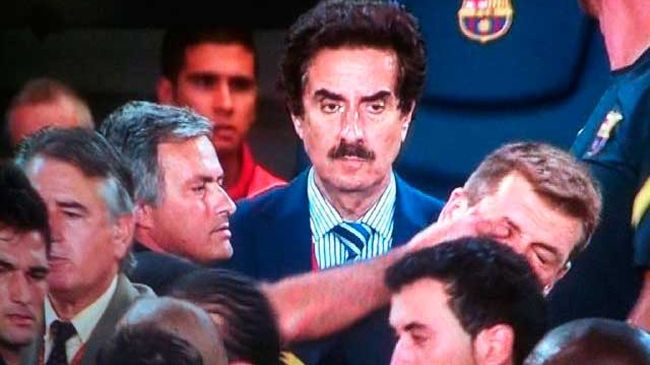