how do you feel about this? are the odds fair? will wenger actually leave? does steve kean have an icecube's chance in hell? why the hell is a chelsea manager at those odds?

The father of Chelsea and Nigeria star John Mikel Obi has been found alive in the Nigerian city Kano.

Michael Obi was last seen on 12 August in the Nigerian city of Jos ,where his car was found there last Wednesday.

Obi Senior told the BBC that he had been kidnapped in Jos and transferred to Kano.

"I am very stressed," he said.

His abductors are now in police custody in the northern Nigerian city.

Michael Obi's face showed signs of the beatings that he says he endured while in custody.

last night, i stayed up into the early hours of the morning to watch events unfold in Libya, where Colonel Muammar Gaddafi's 41-year reign seems poised to topple as the latest event in the arab spring. it's a truly amazing accomplishment, and if you're not following it, i urge you to check out al jazeera's in-depth coverage of the situation.

anyway, during the hours of footage that rolled in from Tripoli, Misrata, and Benghazi (as well as celebrations all over the world), i began to notice that many of the rebels and celebrants were wearing football jerseys from famous teams. on a lark, i screen-capped a bunch of them. obviously i don't mean to downplay the importance of the revolution, but i thought people might be interested. 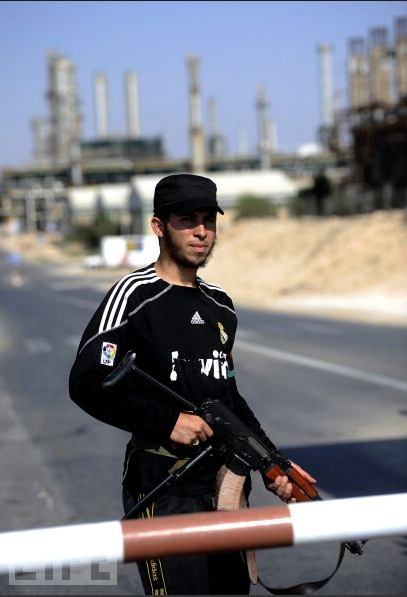