Appearances? Talk shows? Premieres? A record-breaking WPS game?
It's all part of plan. THE USWNT has been hard at work with their plans to takeover America with women's soccer promotion of women's soccer.
( Collapse )
sources:
1.2.3.4. 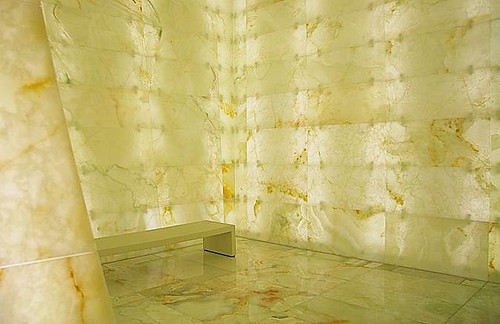 Before heading to Commerzbank-Arena for the 2011 World Cup final, I attended a seminar led by a FIFA marketing executive. My "take away" from his presentation: If things in women’s soccer are going to improve, it will not be by FIFA's initiative, but ours. Change is on us.

I don’t think that was his intended lesson.

The presentation was staged in a conference room of the Westin Hotel in Frankfurt, a scene right out of the Bourne Identity. Sleek architecture, anonymous office furniture, a nicely groomed European man in a well-tailored suit.

But instead of talking to a room full of super-agents or government bureaucrats, this FIFA executive was introducing the organization’s structure and raison d’être to a room full of Southern California middle and high school teachers.

This spring, the teachers and I participated in a seminar exploring the use of soccer in the classroom. They’d been touring Germany, learning more about European history (as well as the game itself) while attending World Cup matches.

Still, in spite of the fact that we were all in Germany for the World Cup, the presentation offered no information about the history and substance of FIFA’s involvement in the women’s game.

It was a strangely honest display of the organization’s lack of interest in the whole topic.

One example: Our host casually mentioned that around 80 percent of FIFA’s staff had never watched a women’s game of any kind. He said this as if he thought we would find it amusing, as if somehow his willingness to confess this would win us over.

Then he issued some of the usual platitudes expressing surprise that women play decent football.

To be fair, this guy seemed out of touch with football culture generally. (He described the widely respected Bundesliga stand culture as “too dangerous” for an outing with his children.)

At one moment in his presentation, he suggested that the bad press which surrounds the men’s World Cup serves to bring much needed attention to social issues - like the illegality of homosexuality in Qatar.

Jaws around the table dropped.


Surely he wasn’t implying that Qatar was selected as a World Cup host country because FIFA wanted to force Qatar to decriminalize homosexuality?
( Collapse )

Source
Long, but I thought this was a really interesting article - mostly enraging, although I loved the part about the USWNT families and the atmosphere in their part of the stands. FIFA, though. . . for crying out loud. It's depressing how much power they have to do good, and how much harm they're doing instead.

Officials for the club and a group of supporters’ representatives have produced a code of conduct , having  held round table talks earlier this month concerning the player, who had spent 20 years at rival club Schalke 04.

Spanish and European champions Barcelona have agreed a deal to sign Alexis Sanchez from Udinese, subject to the winger passing a medical on Monday.

Barcelona had been chasing Sanchez all summer and following a meeting of officials from both clubs, plus the player's agent Fernando Felicevich, the Catalan club confirmed an agreement had been reached.

Chile international Sanchez will sign a five-year contract, with Udinese receiving a fee of €26 million upfront and a further €11.5 million in performance related add-ons.

Sanchez signed for Serie A side Udinese in 2006 from Chilean outfit Cobreloa, but was then loaned out to Colo Colo and River Plate before being recalled in the summer of 2008.

The 22-year-old went on to play over 100 games for Udinese and last season he scored 12 goals in 27 appearances to help the Italian club qualify for the Champions League.

He was also a member of the Chile squad which reached the quarter-finals of this summer's Copa America, where they were beaten by Venezuela.

Barcelona coach Pep Guardiola is likely to utilize the winger's pace and skill on the flanks to bolster Barcelona's attack. Last season, David Villa and Pedro Rodriguez played there without much of a rest.

"He's very young," Guardiola said. "He can play in all three attacking positions, he shows intense defensive skills, he's direct and from what I've been told, he's a very nice kid."

Galatasaray have signed Uruguay goalkeeper Fernando Muslera from Lazio on a five-year deal.

Wayne Rooney’s name was requested on more replica football shirts around the world in the 2010-11 season than that of any other player in the Premier League, according to official data just released.

The 25-year-old Manchester United striker hit the No1 spot for the first time in his career by leap-frogging the previous best seller, Fernando Torres, who drops to No2.

Sales of ‘Torres’ shirts for Liverpool and Chelsea combined in 2010-11 were lower than for Rooney alone.

Rooney’s success is all the more remarkable given that he announced he wanted to leave United in October – an act that might reasonably have been greeted by a drop in supporter loyalty. But that wasn’t the case. It seems Rooney’s sales were given a boost after agreeing to stay with the club.

Rooney is the first United player to top the sales charts since Cristiano Ronaldo in 2007-08.

The full top 10 for 2010-11 are in the graphic below, as are the top three sellers for the previous three seasons.

The top 10 is published in the Premier League Season Review 2010-11, and is based on worldwide sales of official names and numbers, compiled by Sporting iD, which since 1993 has developed the technology behind the official players’ and replica products of the Barclays Premier League.

Total sales figures are never provided but it is understood that Rooney shirts sold a total of several hundred thousand to hit the No1 spot.

Typically United have sold between 1.2m and 1.5m shirts per year since 2005, with Liverpool next (900,000-plus in recent times, it is understood), followed by Arsenal and Chelsea.