Tomer Hemed has signed for Mallorca 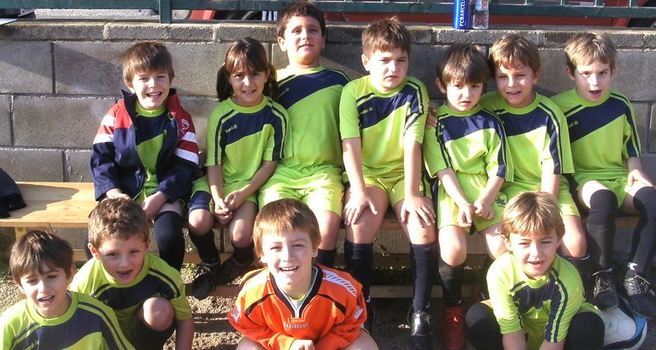 If this doesn't annihilate your reproductive system, then nothing will.

The tiny stars of Margatania FC are not giants on the pitch nor off. They’re an under-7 squad who will freely admit that goals aren’t their thing. But you don’t see any of the tantrums or soccer spats that mar the professional game in these true sportsmen. They may be young, their only goal of the year may have come in their last game of the season, but they truly love the game. The ‘Little Team’ featured in this short film remind us of all that is truly great in sport: teamwork, positive attitude, and respect.

The little ones ended their season with a 1-271 goal record (their lone goal came in their very last league game, scored by Emma!) but they say they don't care about winning or losing--the important thing is that they're having fun. Besides, as one of the kids puts it, they'll have plenty of time to score goals when they're bigger!

I love how the two girls are the ones that scored the goals--one legit, one offsides--not to mention that they have girls on their team!

A group of 17 leading Libyan football figures have announced their defection to the rebels.

They include the nation's goalkeeper, Juma Gtat, three other national team members, and the coach of Tripoli's top club al-Ahly, Adel bin Issa.

Mr Gtat and Mr bin Issa announced the group's defection to the BBC during a late night meeting in the rebel-held Nafusa Mountains in western Libya.

It comes on the heels of defections by military officers.

IDK how many of y'all are online on a Friday night PST like me, but here is the SOURCE. (I think I spent more time figuring out how the hell to tag this than actually putting the post together. I hope I did it right.)
Collapse