Who performed the most assists to goal in Europe?

So last weekend there was a game or something on, idk, it involved some kind of Roo and a really short, tiny God and really really bad commentating.
That said - finally found the ratings numbers for it:

"Saturday’s Barcelona/Manchester United match earned a 1.8 overnight rating on FOX, up 64% from last year’s Inter Milan/Bayern Munich match (1.1), and up 80% from Manchester United/Chelsea on ESPN in 2009 (1.0).

The Champions League Final topped last year’s MLS Cup on ESPN by a whopping 260% (COL/DAL: 0.5). In addition, the match drew a higher overnight than every Stanley Cup Playoff telecast on NBC this season."

What's really interesting to me - not that it's going to happen - but there's a big NFL lockout looming on the horizon. On the very very small chance that it does happen, who wants to make bets that Fox is going to try to pull more matches so they have something to play instead?

there is a twitter feed that let's ALL the info out about the superinjunctions out there on all famous or even half famous people that lets you know about who has  a superinjunction and about what safe to say some things on there are shocking since this is a football site here's what I've seen so far... the handle is @Legal_AIDS if u want to check for yourself.

Manchester City and England footballer Gareth Barry had an extramarital affair with a woman described in the press as a 23 year old leggy model. The woman wanted the press injunction taking out as well as Barry. One of Barry's reasons for requesting the injunction was that if the story became public he would suffer "cruel chants" from fans. It is unclear if Barry's wife Louise knows anything about the affair yet. Giles Coren risked prosecution over tweets he made hinting at Barry's injunction on 14th May, but he now looks unlikely to face charges. He later removed the offending tweets.

Chelsea and England Footballer John Terry had a second extramarital affair, soon after the much publicised affair he with Wayne Bridge's girlfriend Vanessa Perroncel. This time Terry was successful in obtaining an injunction and preventing the press from publishing any details

Owen's previous deal expired at the end of the season, but United have taken up the option to extend it for a further 12 months.

The 31-year-old played a bit-part role in United's title-winning campaign this season, making only 11 Premier League appearances and starting just once.

"I'm delighted to have agreed a one-year extension to my contract," Owen told the club's official website.

"To play alongside so many great players, under an exceptional manager, and in front of so many incredibly passionate supporters, is a real inspiration.

"I can't wait for next season to start."

Sir Alex Ferguson was happy to keep the former Liverpool man at Old Trafford for another 12 months.

"Michael has proved to be a top footballer. It's unfortunate Michael didn't get more opportunities but the form of Chicharito put everyone in the shade and his partnership with Rooney proved invaluable.

"I am delighted Michael is staying for a further year and we will look to give him more opportunities in the new season."

I didn't really see this one coming. 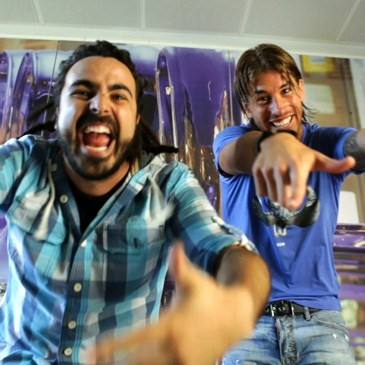 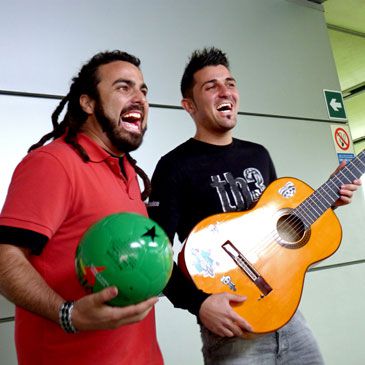 So Spanish cantante, Huecco, has a new song coming out to benefit Haiti and has recruited several Spanish and La Liga athletes to cameo and sing along.


If this embedded video doesn't work in your country, try this link (thx

Let us all take this moment to thank the good lord for bestowing upon us a Mexican lad of Guadalajara, named Javier Hernandez but commonly known as Chicharito. Born on the 1st of June in 1988, he is now 23 years of age. We see many of these posts all year, but it is rare we get one of saintly status. So I ask you all, pool fans included, to join us in this post of celebration.

Pics and videos and thoughts on him - go! (sorry this looks like the laziest post in history - it is being posted from my mobile. Yes I'm that dedicated.)

The flying Dutchman invites you in

Edwin Van Der Sar, one of the best goalkeepers in the world during the past 2 decades, played his final match of football at Wembley against Barcelona on Saturday. He was without a doubt a remarkable player (and person) whose career began at the age of 20 at Ajax and finished at the age of 40 for Manchester United. During this time he won numerous trophies and broke numerous records.
( Collapse ) 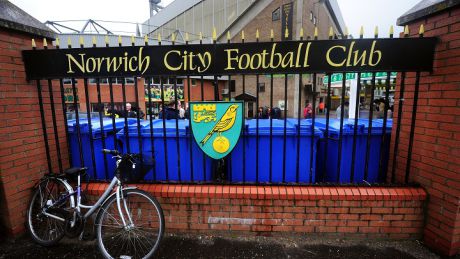 A British soccer fan has been given a lifetime ban from Norwich City Football Club, after posting a racist comments about a new player on Twitter.

Luke O’Donoughoe, 22, was penalised by the club after they investigated reports that racist remarks were made by O’Donoughoe about their new signing, James Vaughan.

“After being made aware this morning about the content of his Twitter posts we made contact with the fan involved and he will be banned from Carrow Road,” said club spokesman Joe Ferrari.

The chairman of the FA, David Bernstein, called on the 208 FIFA member associations to postpone the election until another candidate stood for the presidency. However, only 17 of those delegates voted in favour of this.

In a speech to delegates before the vote, Bernstein said: "We are faced with an unsatisfactory situation. We are subject to universal criticism from governments, sponsors, media and the wider world. With this background the election has turned into one-horse race.

"In the view of the Football Association this should be avoided both for the sake of Fifa and the president itself. A coronation without an opponent provides a flawed mandate.

"I ask for a postponement to allow time for an additional candidate or candidates to stand and compete in an open and fair election. Only by so doing will the winner have proper credibility over the next four years."

The election us taking place in Zurich and Sepp Blatter is expected to be re-elected, unopposed, for a fourth term. A secret ballot is currently underway, and so far, no one has refused to go into the voting booth. At least 50% of the 208 delegates must cast their vote for the election to be deemed valid.

Well, we all knew this would happen. I am glad Bernstein stood up and gave a speech about this but I don't think I'm alone in saying it's too little, too late.

You can follow the election as it happens here. Because there might just be a last minute shock result.

Aston Villa have confirmed that manager Gerard Houllier has left the club with immediate effect.

With a 'kiss' Sport Ancash players celebrated victory over University
Assisted by Juan 'Drogba' Carrillo and-goal from Fabrizio Lenci . Both players are looking to embrace and kiss. Yes, as you read, the celebration of both players ended with a 'beak'.