Before I completely say goodbye to the season for Porto... I just wanted to look at the photos and share with you here, one of the fun times they had during this season. And it's also nice to see them dress up and see their wives and girlfriends. This one is the dinner party after the trophy celebration of their league title.

Hapoel Tel Aviv players Itay Shechter (#9) and Gil Vermuth (#14) heading to germany after signing with 1. FC Kaiserslautern.
It was known for quite a while about Shechter's move, but Vermuth joining him was a surprise.
Playing together will do good both to the players and the club.

Itay Shechter, 24 yo, striker. He played for Maccabi Netanya before moving to HTA in 2009, together with Netanya teammate, Dedi Ben Dayan. After the move he got more playing minutes, which resulted in great goals.

Gil Vermuth, 25 yo, midfielder. He started his career in Hapoel Haifa, moved to Tel Aviv in 2005 and had a short spell in Belgian club Gent. He is the one behind many of Hapoel's attacks. Extremely talented, in my humble opinion.

Both players are the best at what they do. After moving to Hapoel Itay became one of the best scorers in the league, while Gil was always considered as a midfiled-master and one of the most valuable players of the club.

So...it's really happening, they're all leaving ;(
I do want everyone to do well, and we all know that (sadly and unfortunately) our league is...not so good (Hapoel and Haifa being the best teams and the most "european" out of the bunch).
I wish them luck, let them do well and develope as players. 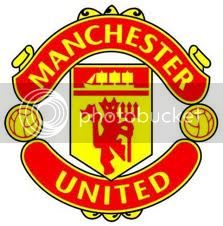 I haven’t seen this article posted yet. It’s major TL;DR, but it’s a fantastic article/good read before the game (and not just for the BFC fans either)