WE'RE THE FAMOUS MAN UTD AND WE'RE GOING TO WEMBLEY!

Bring it on Barca, and remember to #stayonyourfeet
( Collapse )

ibuyu says, I am not a culé, but I found this article sums up 99% of my feelings about this whole thing.
---- 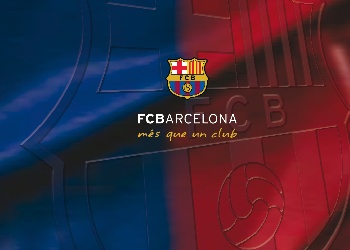 I have been called nigger exactly 4 times in my life.

–The first was when I was very young, no more than 10, and strayed into a swimming pool locker room area, when my neighborhood was still wrestling with integration. It was accompanied by physical violence upon my person. I was stunned and confused in my youthful innocence.

–The second was as a middle teen, when a very young Hispanic kid in the neighborhood that was still wrestling with its change, decided he would mimic his parents. It was just silly, and moderately vexing.

–The third was tangential, more than 25 years ago when my first wife (who is white) was labeled a “Nigger lover” by a passing carload of enlightened souls. I called upon all the cycling speed that I had in an attempt to catch up with the car, having no idea what I would do when I got there.

–The fourth was about three years ago, whereupon I just looked at the guy and said something to the effect of “Is that all you have, a 300-year-old word? How about a real insult?”

Two interesting articles from Who Ate All The Pies.

I want some happy stuff right now y'all.

So for those of you who do not follow Lukas Podolski's Facebook (in which case I cannot be LJ friends with you EVER), he posted a link to a project for disadvantaged kids he's heavily involved in.

There's also Philip Lahm who, besides being very openly against homophobia and racism, has a charity for kids in Africa.

Manuel Neuer has one too.

And do I really need to mention all the awesome things Didier Drogba has done?

So! Fellow _fb'ers, how has your favorite footballer helped make the world a better place? What makes them awesomer than Awesome?

On April 16, Kairat took on Lokomotiv in the Kazakhstan second division in a match watched by 2,000 people, it witnessed one of the most shocking assaults ever seen on a football pitch.

The match was called to a halt three minutes into injury time following a mass brawl with the score 3-2 to Kairat.

With the players involved in the mass melee Kairat substitute Armand Masimzhanov decided to join the fray with a flying kick into one of the Lokomotiv protagonists, Radmir Muksinova.

After the match, the police were called in to question four players and a week later the disciplinary committee of the Federation of football of Kazakhstan (KDK FFK) banned Masimzhanov for life citing "terrible cruelty."