A MASSIVE crowd today of almost 70 thousand watched Wales play England in the Millenium Stadium. Aaron Ramsey of Arsenal captained Wales, John Terry of Chelsea captained England, and the latter was victorious (Aaron Ramsey was born in South Wales, as is Stace of Gavin & Stacey, and JT was born in Barking which is practically in Essex, like Gavin. So there's your sort-of-analogy and hence the crap title trololololol). The second half was pretty meh, as was most of the game tbh, wherein two goals were the difference between the two sides.


25 YEARS AGO ONE OF THE MOST BADASS GOALIES WAS BORN.

Pictures from daylife.com and tumblr

Argentine women's tennis player Gisela Dulko announced today in Miami that in July, she will marry the fellow Argentine, Real Madrid footballer Fernando Gago, and will thus not participate in the Federation Cup series that home team will play in Japan in mid-November.

The announcement indicates that the midfielder, formerly of Boca Juniors, may not be a part of the Argentina team that will play the Copa America tournament. Selections will be announced in the country on 1 July.

Gisela Dulko, the number one tennis player from Argentina, and Italy's Flavia Pennetta beat Julia Goerges and Lisa Raymond 6-2, 6-4 this weekend to advance to the quarterfinals of the doubles tournament at the Sony Ericsson Open in Miami.

The press Buenos Aires says that Dulko (26 years) and Gago (25) met during the Madrid Masters tournament in 2009. Prior to dating Gago, Dulko had relationships with fellow tennis players Tommy Robredo, Fernando Verdasco and Fernando Gonzalez.

btw it was gisela who convinced fernando to cut his hair!!! also, they used to tweet together under a dual account

My adopted nation, Ireland beat Macedonia yesterday!~~ it was a great game actually, especially the first half, where all three goals of the game occured. Ireland were lucky because the Macedonia goalkeeper Edin Nuredinoski had an absolute MARE, to which Aiden McGeady, in the second minute, then Robbie Keane in the 21st, took advantage of. Macedonia got themselves back into the game just before the end of the first half was a gorgeous goal from Trickovski and they looked a lot stronger in the second half, asking questions of Ireland's defence, without actually scoring an equaliser, meaning it finished 2-1. Photototototos and tings.

( Collapse )( Collapse )
In other Ireland news, just as Capello released the quintet of JT, Lamps, Ashley Cole, Wayne Rooney and Michael Dawson for the friendly against Ghana on Tuesday, Trapatonni has released a fivesome of Robbie Keane, Richard Dunne, Damien Duff, Kevin Kilbane and Kevin Doyle for their friendly against Uruguay on Tuesday. [sauce] Seems sensible to me, tbh, that game can give a chance for Ireland's fringe players to show what they've got! 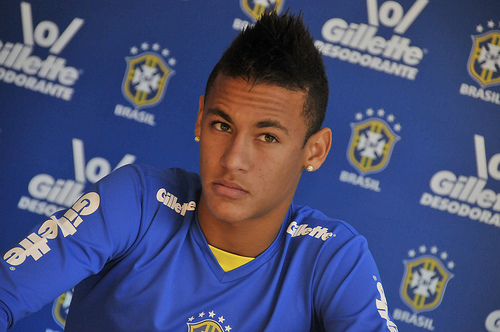 Brazil's Neymar accused supporters of racially abusing him at the Emirates Stadium on Sunday in an incident which overshadowed the forward's excellent display and two goals for his country against Scotland.

Neymar's team-mate Lucas Leiva removed a banana from the playing surface shortly before the end of Brazil's 2-0 victory over the Scots. Moments earlier Neymar had scored a penalty, his second goal of the match.

Brazilian media reports suggested that the item had been aimed at the 19-year-old Neymar, despite it coming at the end of the ground which was populated almost entirely by South American fans.

"I feel great and scored two but what happened with the banana is sad," he said. "I don't want to make a big deal of it. I was running down the touchline in the second half and saw it but I didn't see where it came from.

"They were jeering me a lot, even when I was about to kick the penalty. The entire stadium was jeering. This atmosphere of racism is totally sad. We leave our country to play here and something like this happens. It's sad. I'd rather not even talk about it, to keep the subject from escalating."

When asked specifically about the affair, Lucas said: "There is no more space for racism in the world. They say it's the first world here in Europe but it's where it happens the most. That has to change. Everybody is equal today. It's a matter of respect."

So, some country called Argentina had their national football team play some team known as the USMNT last night at the New Meadowlands Stadium to a sold out crowd and I happened to be in attendance.

Half of these photos are mine/my friends, the other half are media outlets; you'll be able to tell which is which, but sources are at the end. 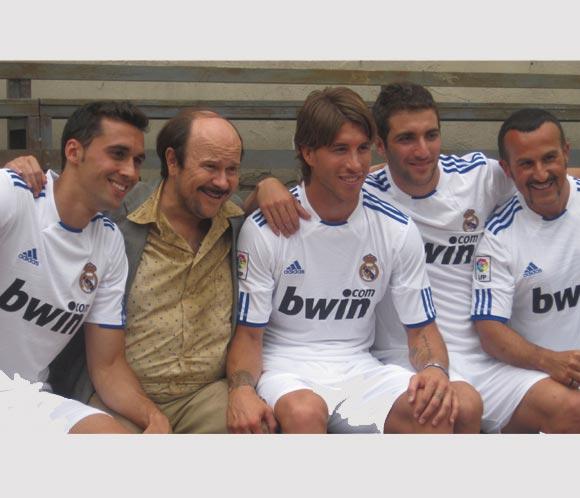 As some of you might know, Cesc, Sergio Ramos, Álvaro Arbeloa, Gonzalo Higuaín, Cesc and Kun had cameos in Torrente IV Lethal Crisis. Thanks to illegal recording, we now have their scenes for our viewing pleasure.
And the nominees for Best Supporting Actor are....

Open to: Friends, detailed results viewable to: All. Participants: 254

And the Oscar goes to...