This post is for picture observing. For all your England NT news visit the guardian, sky sports etc. they are your friends

Russia currently lead Group B in Euro 2012 qualifying with nine points from four games, ahead of the Republic of Ireland, Armenia, Slovakia, FYR Macedonia and Andorra. The team will play 2 matches during this upcoming break. The 1st match is against Armenia for Euro qualifying and the 2nd match is a friendly against Qatar.

There are some very, very large images from training located here. Great images!

Also available are some quotes from Bilyaletdinov about the importance of winning against Armenia who have been very strong in group play. The players are completely focused on this match. It's expected that some new faces will play in the friendly against Qatar. You can read the horrible google translation located here.

abfabregas who will be my enemy when russia and armenia play ilu tho :* 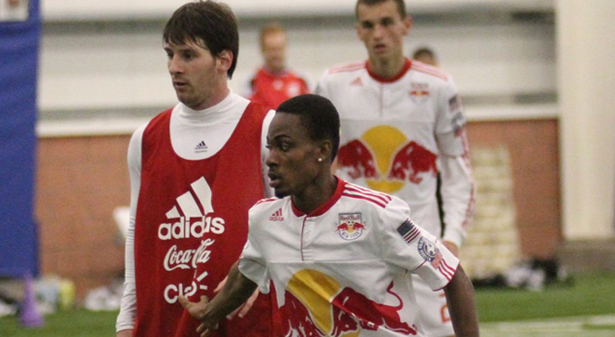 Sean Davis was sitting on his living room couch at his house in Holmdel, NJ last Saturday watching one of the world’s best players, Lionel Messi, and FC Barcelona win 2-1 over Getafe.

Four days later, instead of staring at a television screen showing a match thousands of miles away, the Duke University-bound Davis and many of his Red Bulls Academy Under-18 mates were standing side by side with Messi, along with other world class players globally known through just by their last names: Cambiasso, Zanetti, Mascherano, Di Maria.

On Wednesday, the Red Bulls Academy Under-18 squad was given the once-in-the-lifetime opportunity to train with the Argentinean National Team in preparation for the South Americans’ friendly against the United States at New Meadowlands Stadium Saturday night. For Davis and his teammates, the opportunity not only to see, but to play with one of the best international sides in the world was an unbelievable experience.
( Collapse )

Walter Samuel thanks you for your time. He's been recovering from injury and recently kicked a ball around (: It's also his birthday today!

THE DIVA IS BACK AND HE'S MORE HIPSTER THAN YOUR FAVES
From what I can tell from my crappy Turkish, Guti's tweet earlier and Google translate Guti was awarded with Besiktas' player of the year today. Obviously this occasion couldn't pass without some sort of ceremony and Guti did not disappoint

So, when Chelsea beat City on Sunday, some journalists got a little carried away with themselves, asserting that Chelsea were "back in the title race." Hmmmmm. Call me pessimistic, but, let's not run before we can walk, hmmm? I'd concentrate on cementing third place first, before we even think about that kind of thing. So it kind of got me thinking about the other CL slot, who it's gonna go to, et al.


OK I'm done now. Do share your thoughts on what will go down in those key games & who will get third & fourth & whatever you like really! :)
Hilarious pitch invasion in a women's soccer match between Sky Blue FC and LdB Malmo, courtesy of All White Kit.

Bayern Munich says it plans to travel to Japan after the Bundesliga season ends to play a charity match for victims of the earthquake and tsunami that hit the country.

Last season's German champion and Champions League finalist said Tuesday that it is still consulting with the Japanese football federation on a date for the match.
It didn't specify who the opponent would be but said it has suggested the week between May 17-25 as a possible time for the trip.
The club says it wanted to show solidarity with the Japanese people. Chairman Karl-Heinz Rummenigge says Bayern will pay for all its travel costs and all takings from the match will go to victims of the disaster.
http://www.usatoday.com/sports/soccer/2011-03-22-1295963338_x.htm