This poll is closed.

Open to: All, detailed results viewable to: None. Participants: 908

Vote for your favourite!!

This is all the anons work... 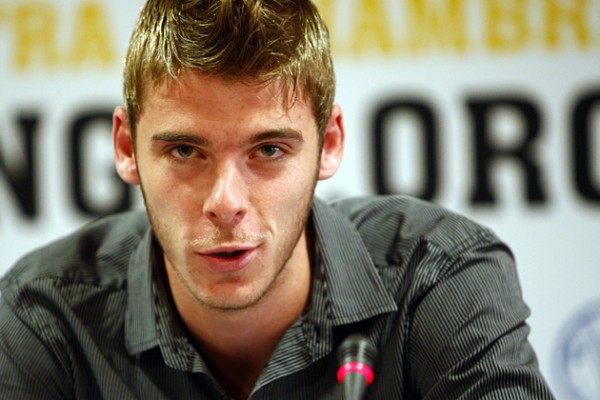 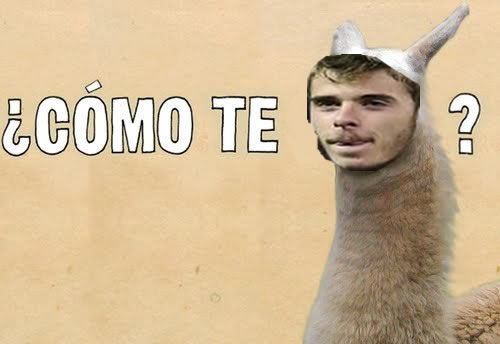 Confirmed by Kun and @espanafutbol, thanks to Shanna for the heads-up

I fully support and encourage spamming of the only Atleti player I like, JSYK

So yesterday Liverpool played Manchester United in the FA Youth Cup at Anfield. It was a pretty dramatic match - there was 5 goals and 4 red cards.


As well as drama on the pitch there was some pretty nasty stuff going on off it:

The bitter rivalry between Liverpool and Manchester United marred an FA Youth Cup game at Anfield when away supporters chanted songs about the Hillsborough and Heysel disasters. There were three arrests for drunkenness and six United supporters were ejected in a chaotic quarter-final.

Both sides finished with nine men as United won 3-2 after coming back from two goals down. Old Trafford officials were appalled by the conduct of some fans - two were spoken to by police after allegedly setting off flares - and have vowed to take severe action if anyone involved can be identified. A United spokesman said: 'Singing songs about the Hillsborough and Heysel tragedies is disgraceful. We will deal harshly with anyone brought to our attention.'

John Aldridge, who played for Liverpool in 1989 when 96 fans lost their lives after going to watch an FA Cup semi-final at Hillsborough, was among a crowd of more than 10,000. He was dismayed at how the atmosphere degenerated. He said: 'I have never seen anything like that before at a youth game and I never want to see anything like it again. It was disgusting. You get used to banter from United fans when they come to Anfield but to hear those songs about Heysel and Hillsborough was just horrible. The level of abuse was absolutely sickening. There was evidently a group who had just come to cause problems and I felt sorry for the families in the Manchester United end who just wanted to watch a game of football.'

Obviously those kind of songs are terrible, and it should be pointed out that there's plenty of united fans who would never sing that kind of thing, just as there's some Liverpool fans who sing equally horrible things about Munich (although I didn't see anything like that yesterday, probably because the kop was full of families with young children) - it's terrible but it happens every time we play each other. It's a bit more shocking when it happens at youth games though.

The FA Cup semi-final Manchester derby at Wembley will be the biggest, most expensive security operation ever for a domestic game.
More than 35,000 supporters from each club will travel for a game to be played on the weekend of April 16-17 and there will be an extra headache for police if the game is on the Sunday - which it will be if City reach the Europa League quarter-finals and play the Thursday before - because it will be the same day as the London Marathon and Arsenal's Barclays Premier League clash with Liverpool.

The operation will involve Scotland Yard, Greater Manchester Police and British Transport Police. A Scotland Yard source said: 'From a security point of view, this is a complete nightmare. It will cost millions of pounds.' A Met Police spokesman added: 'We deal with football matches - FA Cup semi-finals and final, internationals - all the time. We obviously have a lot of experience of dealing with these things and an appropriate and flexible policing policy will be in place.'

It will be the first time the two Manchester clubs have faced each other in an FA Cup semi-final since 1926. Stoke take on Bolton in the other semi-final. As the nation struggles to come to terms with last week’s devastating earthquake, Japan’s J.League has postponed all matches in March and the national team may pull out of the Copa America, local media reported.

“With the aftershocks continuing and (us being) unable to guarantee complete safety at all the stadiums, the J.League has made the decision to cancel all J1, J2 and Nabisco (League) Cup matches for the rest of March.

“The J.League, Nabisco Cup fixtures are tight as it is. We have no choice but to play games in July. The plan is to play the existing number of J.League and Nabisco Cup games, and to do that we have to play during the Copa America.”

Ahead of the press briefing, Ohigashi said he spoke with Vegalta Sendai President Yoichi Shirohata, who told him that the club was inoperable.

“He said the clubhouse and the stadium were in ruins,” Ohigashi said. “Needless to say, the players aren’t training. The foreign players have gone home and some of the players from Kansai have gone back, too.

“They’re struggling to live over there. It’s not about training or the game.”

AC Milan striker Zlatan Ibrahimovic will miss the derby against rivals Inter after being hit with a three-match ban.

Ibrahimovic was sent off for punching Bari's Marco Rossi in the stomach during Sunday's 1-1 draw between the two sides.

Milan take on Inter on 3rd April and Ibrahimovic will also miss the Serie A games against Palermo and Fiorentina.

From top to bottom, he's a captain, sunshine.