Two compelling draws over the course of four days, imo. The game on Sunday was a tribute to Dean Richards (only idk how a defender would feel about a 3-3 draw...). 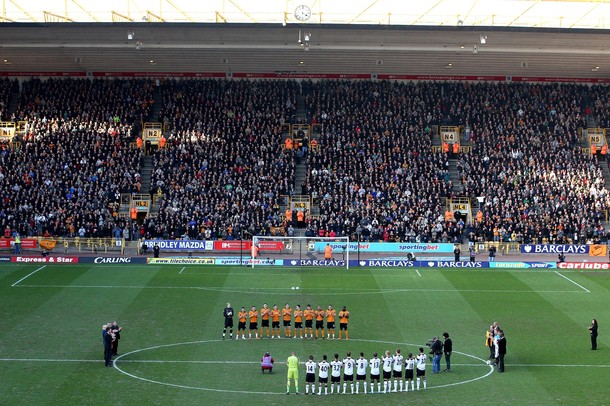 Then there was Champions League on Wednesday against AC Milan. There was the one goal lead from the away game, but what would happen at WHL? There would surely be goals, right?

In other news:
Tottenham Hotspur sign kit deal with Under Armour

Tottenham Hotspur has signed a five-year deal with US firm Under Armour for it to make its playing kit.

The multi-million pound deal is the biggest in Europe for the US company, which also supplies kit for the Wales rugby team. (and Hannover, if you wondered about how they do in football)

The value of the sponsorship has not been revealed, although some reports put it as high as £10m a season.

While most of us were watching the Champions League games, the Premier League managed to sneak a game in on Wednesday too ... and the ref will be undoubtedly glad that the attention wasn't on him after this error

There is a check list of essentials every referee should go through before taking to the field, as Peter Walton discovered to his cost at Goodison Park last night.

Walton's preparation was found to be less than meticulous midway through the first half, when 19-year-old midfielder Jordon Mutch's enthusiasm got the better of him and he committed a foul that was deemed worthy of a booking.

So, I'm not dead and neither is the contest. It got super delayed due to lack of entries (sadface) and my own personal illnesses (double sadface).

THE LAYOUT CONTEST IS STILL ON.

If you still would like to enter please see the first entry for most of the rules and shit.

Another thing on the actually voting post. I shall not post usernames with each entry but instead will keep it annoymous until a winner is a announced. This is just to keep things less biased and more funnnnn.

The more layouts in the contest, the better!

Disciplinary proceedings against officials in relation to international matches

FIFA has opened disciplinary proceedings against six match officials in relation to the international A friendly matches Bolivia-Latvia and Estonia-Bulgaria played in Antalya (Turkey) on 9 February 2011.

The proceedings were opened following an evaluation of all documentation and information received by FIFA, in relation to a possible match fixing situation in these matches.

The FIFA Disciplinary Committee will be in charge to deal with the matter. Ashley Cole is set to escape a police charge after accidentally shooting a student on work placement at Chelsea last month with a .22 calibre air rifle.

These videos are not exactly new but I think it is interesting to see how is the intimacy of a top team and how the particular philosophy of Athletic determines their schedule and training.