Two very interesting pieces on just why it was that Kolo Toure failed the drugs test - he took his wife diet pills. 'The IFAB agreed that in relation to Law 4 - Players' Equipment, the wearing of snoods should not be permitted,' FIFA said in a statement.

Football's law-makers have decided to continue experiments on goal-line technology for another year.

The IFAB have announced that snoods - the neck-warmers beloved by Manchester City players - will be banned from July 1.

The International FA Board meeting in Newport also agreed to allow UEFA to use their system of five match officials at the Euro 2012 finals in Poland and Ukraine next year.

Football Association general secretary Alex Horne declared himself 'fairly satisfied' with the outcome of the meeting.

Horne continued: 'It's not perfect because we wanted to get the principle of goal-line technology adopted.

'Given where we were last year when it got thrown out that was my worst fear that it would happen again.

'My preferred position was we accept the principle and wait for the technology to prove itself. We are now in the position where they want to look at the technology in different environments and then we will make a decision in March next year.

'That's why next year's meeting will be so important.'
Sauce

Jamie Carragher: What the Liverpool defender really thinks of Fergie, Neville and United

Jamie Carragher has played 656 games for Liverpool and has fascinating opinions on lots of football matters. On the eve of Liverpool's titanic fixture with Manchester United, he agreed to share those views with Sportsmail's Dominic King, including his opinion on Sir Alex Ferguson, his pick of United's players, his favourite team-mates and why Liverpool beats Manchester hands down . . . for music. 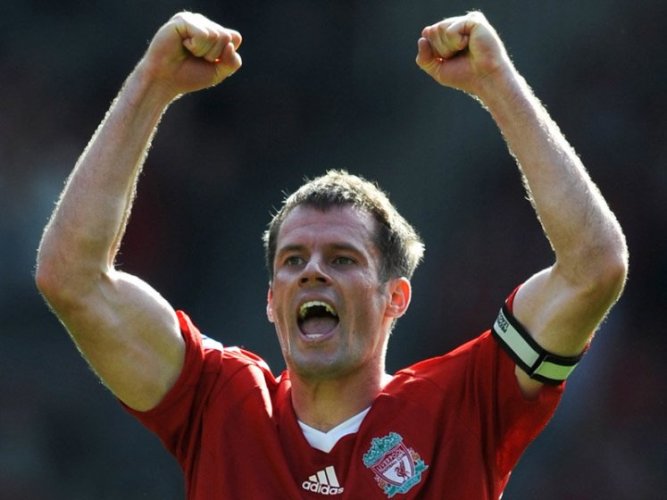 Football refereeing holds so many surprises