MARTIN KELLY is facing an extended spell on the sidelines after tearing his hamstring in Liverpool’s miserable 3-1 defeat at lowly West Ham yesterday.

The England Under-21s defender will undergo a scan at Melwood today to determine the extent of the damage but the initial fears are that he could be sidelined for a month.

Losing Kelly is a major blow for manager Kenny Dalglish as the Reds prepare for Sunday’s clash with Premier League leaders Manchester United at Anfield.

Kelly limped off just before the break at Upton Park and Liverpool suffered another setback when Raul Meireles was forced off with a knee injury early in the second half.

A few months ago on Facebook, Mesut Özil showcased a new pair of boots that he was going to wear for a few matches, more specifically, El Clásico. A week or so later, he and Nike joined to make a contest out of winning his boots. Sadly, I did not win said shoes. :|

Wayne Rooney will face no disciplinary action for his elbow on Wigan Athletic's James McCarthy at the DW Stadium on Saturday.

Television replays clearly showed Rooney swipe McCarthy on the back of his head with an elbow after the midfielder had appeared set to block the Manchester United striker's run.

At the time the referee, Mark Clattenburg, awarded a free-kick and, after contacting the official today, the FA has been told the official feels he administered the appropriate action.

This leaves the governing body, under its own legislation, powerless to launch disciplinary proceedings against the 25-year-old.

Wigan boss Roberto Martinez was unhappy after the game and was insistent that Rooney should have been sent off by Clattenburg.

United manager Sir Alex Ferguson, meanwhile, suggested there was 'nothing in it' and was bracing himself for a media storm to be created.

The FA had been waiting to receive Clattenburg's report on the incident before deciding whether video evidence could be used to charge Rooney with violent conduct.

However, it would appear that Clattenburg's explanation of the challenge has left the FA with no scope to act retrospectively within the current rules.

It means that Rooney, who scored United's third goal at Wigan, will be available for the Premier League leaders' trip to reigning champions Chelsea on Tuesday night.

"Back in my time, and I sound old now, it was black and white boots and that was it," the Notts County boss told Midlands Late Kick Off.

"Now you've got snoods, people wearing headphones when they are doing interviews, which I find disrespectful, pink boots, green boots, you name it they've got it, tights - they'll be wearing skirts next.

"You try to bring your kids up the right way and I think somewhere down the line managers have got to come together and say: 'Listen if you are doing interviews, you don't wear headphones, no hats, no silly stuff like that'. I don't think it's the way football should be played. We should all, as a managers' union, come together and stop all this. It's getting ridiculous I'm afraid.

"I'm sick and tired of seeing players, even when it's mild weather, wearing tights and these things [snoods] around their necks. It's not right.

"You see players coming off the buses with earphones around their ears. What ever happened to the art of conversation? You go into the changing room and they've all got their headphones on listening to their own bit of music. When I was at Inter Milan we used to have dinner together and talk together for two to three hours getting to know one another."

FOOTBALL IS A MANLY MAN'S GAME FOR MANLY MEN. SNOODS ARE FOR LITTLE GIRLS.

Having apologised to Arsenal fans for the 2-1 defeat via his Twitter account this morning, Wilshere's frustration and disappointment turned to anger after images of Ferguson patting defender Laurent Koscielny on the head following the defensive error that led to the goal began to circulate.

"Well done to the BCFC player who slapped Koscielny on the head when they scored, very big of you!," he Tweeted.

Television replays appeared to show Ferguson making contact with Koscielny while he was on his knees after his blunder handed the trophy to Alex McLeish's side.

Birmingham are aware of the incident and Wilshere's comments and are expected to respond later today.

Players had earlier vented their anger at Koscielny for a reckless challenge on Lee Bowyer which earned him a yellow card from referee Mike Dean.

It was a day to forget for Koscielny, who was outjumped by Birmingham defender Roger Johnson to set up the first goal for Nikola Zigic.

Arsenal's long wait for a trophy continues following the defeat and they are still without a major piece of silverware since 2005.

I couldn't find a clearer clip of the incident but here it is towards the end of the video.

Colleagues and gay rights campaigners have welcomed the decision by Surrey and England cricketer Steven Davies to come out as gay.

But campaigners warned that football risked being shown up in failing to create an environment that made it easier for top players to follow the examples of Gareth Thomas in rugby and Davies in cricket in coming out while they were still playing.

Davies, part of England's Ashes-winning squad this winter, said it was a massive relief to be able to talk openly about his sexuality. The 24-year-old wicketkeeper was praised for addressing the issue so early in his career.

Roughly what they talked about:
- Lady said how women loved how men speak in French. Asks Titi to say his name and then hers, she then proceeded to die and wanted put a "ring stone" on it
- Jokingly says that he doesn't respect the youngins and likes to step all over them
- Also jokes how he doesn't understand why Agudelo plays for the US and not Columbia
- When asked why Argentine-born Trezeguet played for France, Henry responded "He wanted to win"
- When asked about the handball, Titi said he learned it from Maradona LOL

For non-Americans, you can watch here: http://www.youtube.com/watch?v=lAzzpLNPhk8

From Vladislav23
Andrey, when are you going to have another masterpiece of a goal? I want to make a stake on a goal.
P.S. They are all your masterpieces =)
AA: Hopefully, in February.

From Trellis
Hi Andrey, I'm a Chinese woman. I have many questions, because many people love you in China. :) What do you think about Wenger? I think that he’s  beautiful, what do you think? Good luck!
AA: He's a good coach, and his beauty shall be evaluated by the ladies, not by the players.

shava and his bb girl tyfyt 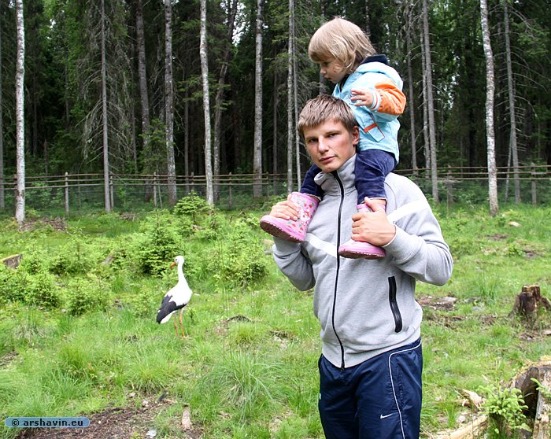