Article by the Guardian states that Pepe refused to confirm with Liverpool that he wouldn't move to United. 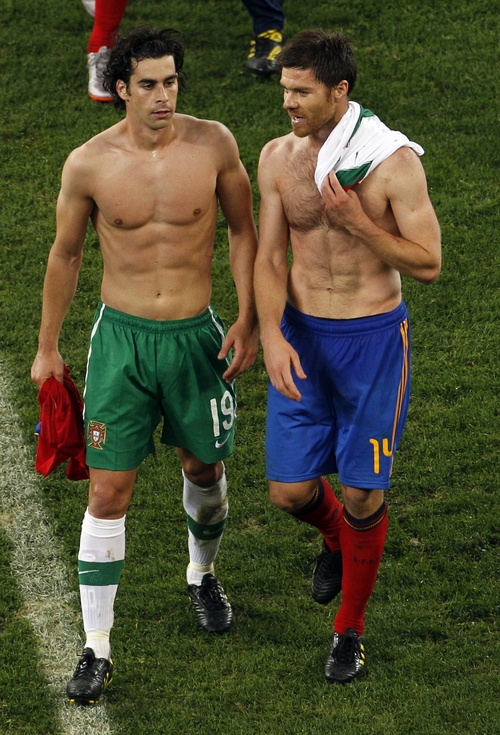 thank you for your time.

edited to add a soundtrack

Barcelona’s preparations for next Wednesday’s Champions League tie against Arsenal at the Emirates stadium have been hit by an unlikely source – Pope Benedict XVI.

His Holiness has arranged to meet Spain’s victorious World Cup-winning squad at the Vatican on Monday, 48 hours before the tie.

Spain coach Vicente Del Bosque believes it is ‘natural’ is that the players would want to attend Monday’s meeting but Barcelona have eight members of the Spain squad that beat Holland 1-0 in the final.

Arsenal captain Cesc Fabregas was also a World Cup winner along with Chelsea’s new £50 million signing Fernando Torres who will be involved in the Blues’ tie against Copenhagen next Wednesday.

Their presence in Rome would mean the players missing Monday’s training session and though Del Bosque cannot order anyone to attend he said that ‘as champions you must comply with certain things.’

Barcelona and Spain midfielder Sergio Busquets said: ‘We have to talk to the club but with the Champions League tie in London it will be very difficult. We’ll talk the Spanish Football Federation and the club, we’ll do what is best.’

So what do we think? Should the players miss the training session or miss the meeting with the Pope? Does it really matter either way?

STREAMS: ROJA | ATDHE | LivefootballTVs
*If u don't find a stream it's ok someone will find one for you*

TV: TELEFUTURA (check ur local listings to see if u have this channel)

Gray, 55, was sacked last month from his £1.7million-a-year deal and Keys, 53, resigned from his £500,000 job after comments about a female assistant referee led to accusations that they were sexist. A father-of-two has said he was in "absolute awe" after David Beckham stopped and helped when his car broke down on a Hertfordshire roundabout. Paul Long said the former England captain was the first motorist to pull over and assist him with his Nissan Primera in Ware on Wednesday.

"I couldn't believe it," said Mr Long, who was taking Josephine, six, and eight-year-old Fabian to school. "He asked if we were OK and pushed the car to safety." Mr Long, who spoke to Richard Bacon on BBC 5 live, added: "We were on the A10 roundabout, which was pretty dangerous, and had been stuck there for about 10 minutes. Eventually I saw a car pull over in the distance and a man in a hoodie got out. He pulled the hood down and as he got nearer to the car I realised it was David Beckham. My instinctive reaction was to say: 'You're David Beckham.' He asked if we were OK and I said we'd broken down and could he push us to the side. When we'd pushed the car to safety - and I have to say another man stopped to help by this point - he asked if we were OK and I said: 'David Beckham, I love you, mate'. All the way through he was smiling.

"He got us out of a sticky situation, it could have been quite nasty."

This was headlining on BBC News and thought it was sort of interesting. Anyway - so reflections on Beckham and his future? England manager or Spurs skipper? Image via David Beckham Daily on LJ.
Collapse