I'm adding an article about sport in general that supports the notion that sport people should come out and say those things.

BTW, Red Card Homophobia is not dead, we're just quite for a while. We need your help so if you care about this cause get involved. I urge all of you who aren't members of it yet to join our community

rc_homophobia and help us with this important cause. Blatter: Qatar 2022 will be in summer

LONDON - The 2022 World Cup in Qatar will be played in the summer as originally planned and will not be co-hosted with neighbouring countries, FIFA president Sepp Blatter said.

Blatter, reiterating comments made by football's governing body two weeks ago, said there were no plans to stage a winter World Cup and any request to do so would have to come from the Qatari hosts who have already said they plan to stage the event in summer."Everything is settled now for summer and with all 64 matches in the territory of Qatar," he told the BBC in an interview.

"In the bidding documents it was clearly established that the executive committee reserved the right to change anything in the bidding process, but here in this case it must come from Qatar.
"Qatar has not moved for the time being. I think for the time being this matter is on ice because we have just signed in the last days the final documents."
Qatar were chosen as hosts in December, winning a contest also featuring Australia, Japan, South Korea and United States.

Their bid was based on a summer World Cup using air-conditioned stadiums to combat the desert heat.
Despite this, there has been wide support for a winter World Cup with Franz Beckenbauer and UEFA president Michel Platini backing a January-February tournament.

Platini also suggested a "World Cup in the Gulf" with Qatar sharing matches with neighbouring countries.
Blatter denied supporting a winter tournament himself and said he was impartial, although he feared a winter tournament could clash with that year's Winter Olympics.

"I'm not in favour of one or the other although January and February would be in conflict with the IOC (International Olympic Committee) of which I'm a member.

"Who said first we should play in winter? It was Franz Beckenbauer, secondly Michel Platini, thirdly it was the professional players' union, FIFPro."

On Monday afternoon, the Argentine national team conducted a training session in preparation for the friendly against Portugal, on 9 February.

( Collapse )
Bonus: adorableness from Argie U20 bbs who won 2-1 against Brazil yesterday!

TORONTO - The Canadian women's soccer team is on the verge of mutiny.

The women say they won't play another international match until the Canadian Soccer Association brings coach Carolina Morace back into the fold.

Morace announced last week that she will leave after this summer's World Cup, citing differences with the governing body of Canadian soccer. 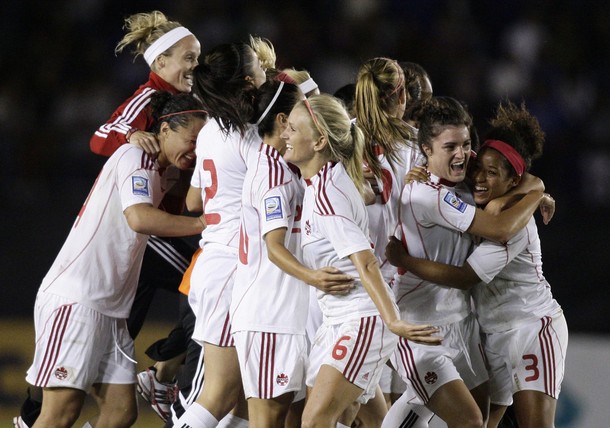