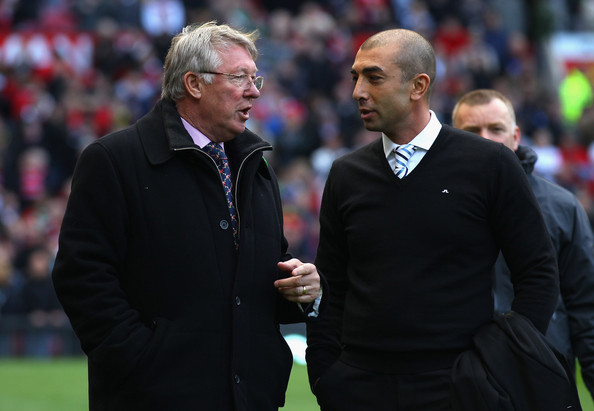 West Brom boss Roberto Di Matteo believes that there is too much pressure on players and managers in modern football, and that people have lost sight of "the long term view".

Di Matteo believes that the current climate of managers needing instant success to remain in their jobs is putting too much pressure on those within the game, with bosses needing time to achieve success.

“I think a lot of people in football lose sight of the long term view. With directors and supporters it all seems to be short term, short term and short term," he said.

“People need to understand that in football you need a little bit of time to build something, put your stamp on a team and on a club culture and that isn’t going to happen overnight. The media put so much pressure on players and the manager and it all adds up.”

The West Brom boss also feels that the changing landscape of the game in recent years is to blame for the increased pressure on managers.

“I’m not sure whether it’s the influx of foreign owners that has increased the pressure. It’s just the way the game has developed over the last 5 or 10 years," the Baggies boss added.

“I would say the emphasis from the media on the Premier League has put a lot of pressure on players and managers now.

“I would say it’s the exposure you get, the money that you receive from TV rights, sponsors, and supporters. It’s really a combination of everything.”

Di Matteo also believes that whilst there is pressure on players, the added responsibility of management means that bosses are often under more scrutiny.

“The pressure is a bit different because as a player you are part of the team, but as manager you have sole responsibility for the results of the club and managing the team, which can be tough.” D.C. United today made the following statement in regards to Charlie Davies’ potential loan to United.

"Charlie Davies is expected to join D.C. United in Ft. Lauderdale on Wednesday for a week-long evaluation period, which will include training and game time with the first team and a full medical evaluation by team doctors in DC. Details of a 12-month loan have already been negotiated, but nothing will be official until D.C. United is satisfied Charlie is physically capable of playing at the level required to be successful in MLS. United currently holds the top spot in the League’s allocation ranking and would therefore have first option to acquire Davies."


I think this is closer to the truth than what people are comfortable hearing and confirms what I thought from the beginning. And it's not from a tabloid either sports illustrated is a magazine that knows it's shit for years!

A non-binding opinion from advocate Juliane Kokott of the European Court of Justice said a block breached EU laws.

Portsmouth pub landlady Karen Murphy, fined for using Greek decoders, had argued the EU single market should let her use any European provider.

Sky and ESPN have the broadcast rights to Premier League football in the UK.

The satellite broadcaster has pumped billions into top flight English football since the league was founded in 1992, with the money given to clubs allowing them to buy some of the top names in the world.

The European Court of Justice (ECJ) will make a ruling on the matter later this year.
( Collapse )

not a definitive ruling but perhaps it indicates how the court may see it. what do you think?