Israel were chosen as hosts of the 2013 UEFA European Under-21 Championship finals on the first day of the UEFA Executive Committee's first meeting of the year.

The UEFA Executive Committee today finished the first day of its inaugural meeting of 2011 under the chairmanship of UEFA president, Michel Platini.

Top of the agenda was the vote by those eligible on the Executive Committee to select the hosts of the 2011/13 UEFA European Under-21 Championship. The result of the vote meant that Israel were chosen to host the final tournament.

The draw for the 2011/13 UEFA European U21 Championship qualifying competition will take place at the House of European Football in Nyon on Thursday 3 February at 12.00CET.

The Executive Committee continues its meeting tomorrow, beginning with the visit of the European Union commissioner for education, culture, multilingualism and youth, Androulla Vassiliou. This meeting follows on from the recent positive European Commission communication on sport, published on 18 January.

I'm really excited about this. I'm pretty sure that there will be games in Teddy stadium which is a 5 minutes walk from my house. (:

WHAT IS IT GONNA BE?!

Wooohooooo! Another sporting event I will be spending lots of money on to attend!

The Spain international signed a five-and-a-half-year contract at Stamford Bridge last night worth £175,000 a week and revealed that discussions had been going on between the clubs for almost two weeks.

"I'm so, so happy and so, so proud to be here, finally, after these 12 days of conversations," said Torres on Chelsea TV. "But, at the end of the day, I can say I'm a Chelsea player and I'm really, really happy. This is the kind of team I like to play against because that motivates me, but it's the kind of team I want to play for. It's always very tough playing against Chelsea, it's one of the biggest teams in Europe, always fighting for everything.

"So, after this, there are no more steps forward. This is the top level. The target for every footballer is to try and play at one of the top-level clubs in the world, and I can do it now. I have to be very, very happy as I am. The last three or four days have been very hard for me, especially after everything I have lived in Liverpool.

"But, as I said before, I can say I'm a Chelsea player now. I'm really happy and I'm sure I am doing one big step forward in my career joining a club like Chelsea. This is a great club, a real responsibility and everyone is expecting great things about me and I'm prepared and ready for the challenge."

The Chelsea chairman, Bruce Buck said: "This is a very significant day for Chelsea, capturing one of the best players in the world with his peak years ahead of him. We have long admired the talents of a player who is a proven goalscorer in English football and Fernando's arrival is a sign of our continuing high ambitions. I hope every Chelsea fan is as excited as I am with this news."

It looks like Cyberdyne someone got Mikey to smile. Michael Bradley was all smiles smile-ish as he talked playing in the EPL. He should debut this weekend when Aston Villa plays Fulham (yay Clint). I'm so happy I we get to see him more. Under the cut are the pics most have you have seen but there is also a 12 min interview from the site. 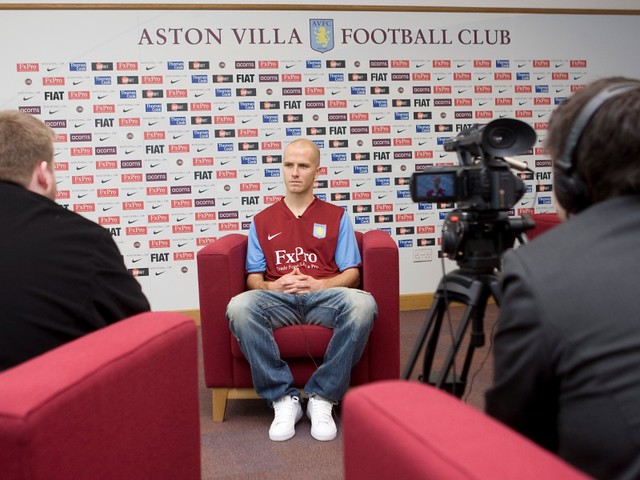 ( Collapse )
Brazil NT 2011/12 Home and Away Kit
The Confederação Brasileira de Futebol and Nike have officially launched the Brazil 2011/12 home and away kits that the Seleção will wear for this summer’s 2011 Copa America, FIFA Under-17 World Cup and FIFA, Under-20 World Cup (both pending qualification). The Brazil Nike 2011/12 home jersey is slated to be worn for the first time in competion on February 9th when the Seleção meets France in an international friendly at the Stade de France.